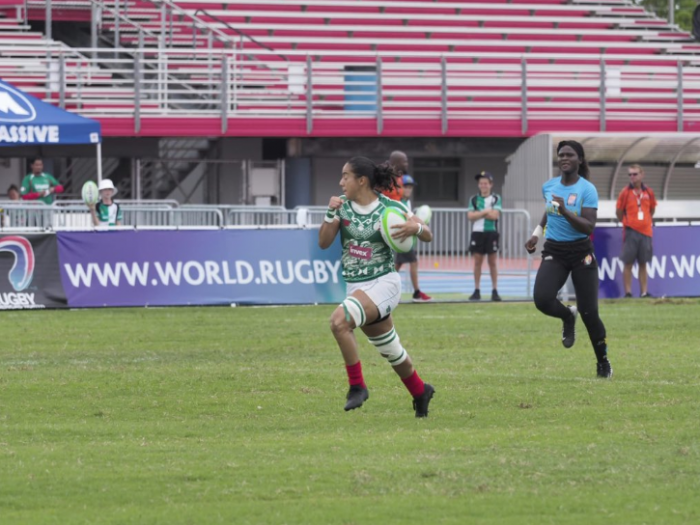 The six teams in the tournament played in a single round-robin pool over the two days, ending with the top two teams meeting in a playoff final.

The surprises from the pool stages were the performances of Trinidad and St Lucia. Trinidad have been the leading Caribbean island team for the last decade, with appearences in the World Series and the 2016 Olympic repecharge, as well as being runners-up to Mexico for each of the last three tournaments, but this year they were inconsistent. Surprisingly beaten by St Lucia in the second round, they then tied with Mexico (coming back 15-0 down), before being well beaten by Jamaica. The result was fourth place in the pool, and a playoff against St Lucia that resulted in an even larger defeat for Trindad.

Trinidad and Tobago’s prop Kwanieze John was huge on the first day of the tournament, brushing players aside with devestating strength when carrying through traffic and standing nearly immovable at the breakdown. Mexico’s Jennifer Salomon played a leading role in distributing and directing the go forward momentum that Mexico has sometimes lacked in the past.

Jamaica topped the pool with five straight wins, including an impressive 24-7 win in the final pool game, in what was effectively a rehersal for the final.

But when it came to the final, Mexico reversed the result running out 19-15 winners.