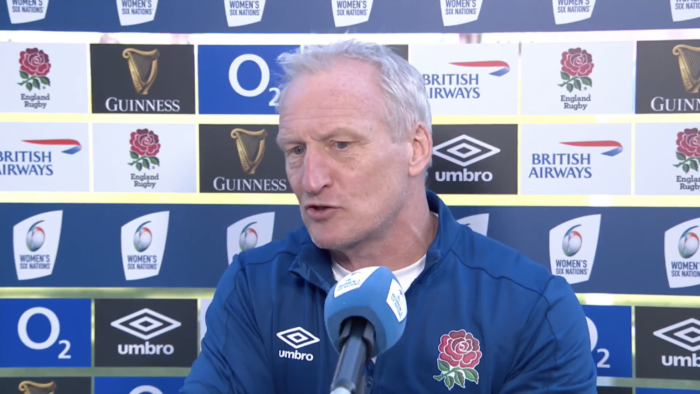 There were recalls for Natasha Hunt and Emily Scarratt alongside call-ups for three uncapped players in Middleton’s 40-strong squad.

But the England supremo stressed that places would be up for grabs during the first few rounds of the Championship.
“We’ve got a very competitive squad, what we want to make sure is we create a very competitive environment,” said Middleton.
“The way we’ve set it up, the first three rounds are a little bit of experimentation looking at some of the strength in depth, there’s still parts of our game that we really want to develop and focus on and we’ll be training really hard in those first three weeks.
“I think as we move towards the back end of the tournament what we want to try and do is taper down some of our training and really focus on the synergy of the squad.
“The way it’s been promoted to the players is the first three weeks you’re playing for your places towards the back end of the tournament.”
The squad sees a recall for Hunt who has not played for England since November 2020 but returned to the fold after actively reaching out to Middleton.
“Mo left the programme a while ago, wanted to take a little bit of a break from international rugby, she dropped me a message a couple of months ago saying I feel like I’d like to throw my name back in the hat,” said Middleton
“It was quite clear from that meeting she was desperate to come back in and really buzzing about it and her form has been great. We had a chat, bit of lunch, and we agreed that we’d look at bringing her back into the programme.”
The Red Roses are also boosted by the return of 2019 World Player of the Year Scarratt, who broke her leg last year.
“She’s gone through a long process coming back and that culminated in 20 minutes off the bench for Loughborough the w eek before last which was a quite spectacular 20 minutes but we probably wouldn’t expect anything less would we from Scars,” said Middleton.
“And then she came in and she trained with us last week on a managed load, the intention would have been to get more game minutes last week, but she’s picked up Covid. It’s set her back a little bit but only in terms of game minutes.”
The TikTok Women’s Six Nations are the start of a busy year for England with the World Cup just round the corner, and Middleton knows the scale of the possible achievements ahead of them.
He added: “100% we want to win the Grand Slam. There’s a bit of history there you can make and you can hopefully go down in a bit of history.
“You start thinking about great teams, what do great teams look like. If you want to be a great team, you’ve got to win the big prizes and we’ve got a massive year coming up.
“There are quite a few milestones in there and if we hit our targets and we perform as well as we can and get the wins we want, we could come off the back of this year as a great side.”
However, even though history could be made by his side, Middleton is focusing on performances first.

He said: “The performances are really important to us. We’ve set some really specific stuff that we need to improve on from the autumns and we got some real clarity over where we want to improve our game and we’ll expect to see that. If we get that, the performances will follow.”