We spoke to Simon Middleton and Poppy Cleall after England's win over France at Twickenham. 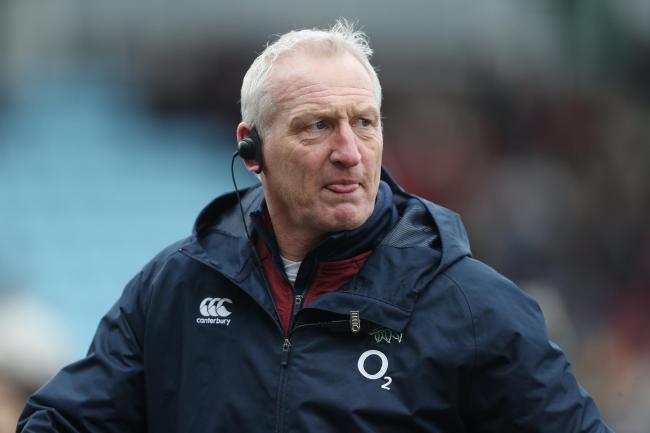 What’s your reaction to that?
“My heart-rate is just coming down.  The girls found a way to win. That game was nowhere near what we would have liked it to have been but that’s international rugby. We will learn a lot more from that than we would winning easy.

What about emptying your entire bench?

“We looked like we were going to lose by a lot at one point. We had a passage of play than ran on for five minutes and we were looking pretty fatigued.  We’ve trained very hard and we have been on the road for three weeks and I felt we were running out of steam and we had fresh legs and quality on the bench and we wanted to use that.

“We would have been more cautious normally. We picked a side to get experience, but ultimately we don’t want to lose and we had to give ourselves the best chance of winning the game. A few minutes later could have been too late.”

"I think we have grown the squad hugely in terms of our strength in depth. We have the best part of 13 players sat out injured at the moment and we have a lot of young players learning their trad,  so we are coming out of this year better than we started  depth wise.  We have a clear direction of how we want to play and develop our game. We have challenged the girls a lot over this period. We have gone into games fatigued because we have trained so hard and we have found ways to win.  Inexperience showed today in some ways trying to force the play I think but we will have learned a lot.

"It was a great French performance, especially that first half and you want those challenges. You have to work things out and problem solve. Wins like that you can’t buy how they can galvanise you. Wins like that where you dig in, they define you as a group."

How are you feeling after that?

“I feel like I have been in a proper test match. In the first half we didn’t front up as forwards enough but in the second half especially our driving mauls, we stepped up.

Did you doubt the result at any point?

“I always thought we could come back and win it. I play at Sarries so I am quite used to that to be honest!

“When we saw the bench coming on and the energy they brought that was a lift. You had the young players like Helena Rowland who will give everything and then you have people like Marlie Packer - she shouted more than she ran I think and she drove us around that park. I am glad we emptied that bench at that moment and got the lift we needed.”

What’s it like playing at Twickenham without a crowd?

"It was noticeable how the crowd we normally get here, 10-12 thousand or so and people tell you it’s not enough in such a big arena but I can tell you that compared to now and how it was today, the noise that crowd normally make to lift and drive us really give us something. It was strange to not be able to feed off it. I think when we saw those sub coming it did give us some of that.”