We hear from England coach Simon Middleton ahead of Sunday's first round 6 Nations clash with France. 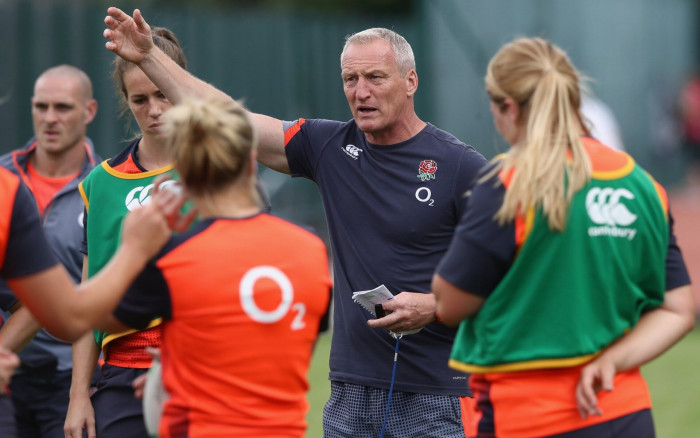 ENGLAND women’s head coach Simon Middleton refused to play down the magnitude of this weekend’s Six Nations opener against France - he knows it's the biggest challenge his side will face if they want to retain the Championship, writes Geoff Berkeley from Sportsbeat.

It may only be the opening weekend of the 2020 Women's Six Nations, but the clash in Pau is being billed by many as the title decider, with 2018 champions France gunning to prevent England from running away with a second successive Grand Slam after they lifted the trophy at Twickenham last year.

England have won their past four meetings against France, the last coming courtesy of a last-minute try from Lydia Thompson at Exeter’s Sandy Park in November, just one week after the Red Roses won their first match on French soil since 2012 in Clermont.

It may be France going for revenge in this year’s tournament but it’s not a feeling England are unfamiliar with, the Red Roses having lost what was a Six Nations decider in 2018 after conceding a last-minute try in Grenoble  – a match which will serve as a reminder for Middleton’s side when they return to southern France on Sunday.

“You can’t lose the importance of it,” Middleton said.

“It’s a huge game in the context of world rugby, the women’s game and the competition.

“But what we have talked about is regardless of the outcome of the game there are still four teams for us to play.

“They will be huge international games where we have got a responsibility to perform as well as we can for ourselves, the fans who are paying to watch us and the organisation that employs us.

“Like every team we are working towards the World Cup. “The game works in cycles so regardless of the outcome there is going to be lots of things for us to focus on and lots to get out of it in terms of performance.”

England won 12 of their 13 matches in 2019 with five of those helping them to secure the 2019 Six Nations Grand Slam.

One of those wins was on their last visit to France in November, but Middleton knows the patriotic French home fans at the Stade du Hameau will make it one of the toughest environments to play in on the first day of this year’s Championship.

“Is there a better place to play other than on home soil? Probably not,” said Middleton.

“Is there a more challenging place to go and play? Certainly not when there are 15,000 to 17,000 people in the stadium and the French know how to put a game on.

“Until you have been in that environment it’s difficult to describe to the girls who haven’t played in there.

“It will be a great experience for those girls, though. The ones that have been there are very good at sharing that experience, but they must enjoy and embrace it.

“If you want to play at the top of the game those are the places you want to be playing in.”