Moldova and Denmark promoted to Trophy

Moldova and Denmark have been promoted to Trophy 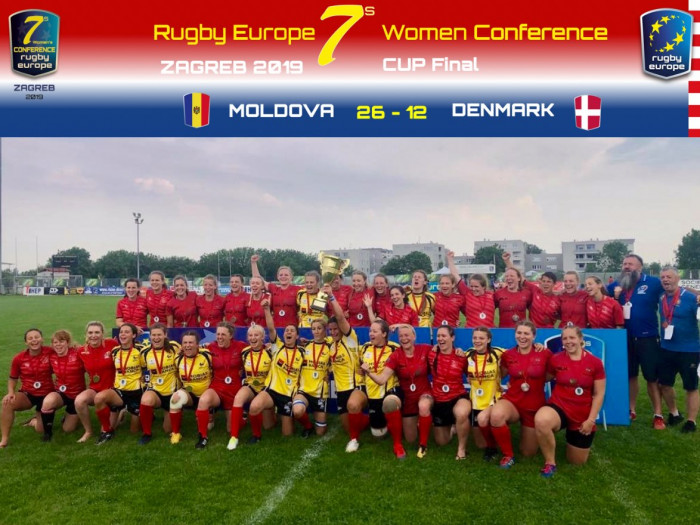 Moldova have won the first place in Europe's Olympic qualifier after winning the European Conference in Zagreb. They and Denmark have also won promotion to next year’s European Trophy.

Austria and Latvia, relegated last year, had begun as favourites, Moldova improved throughout the tournament after being held to a 12-12 draw by Malta in their opening game in Pool A. They battled back and topped Pool A with a 38-0 win against Austria.

Denmark had seemed on a different level having swept to final without conceding a point, but in the final the Moldovans proved the stronger. Latvia and Austria were left to battle for third place, which Austria took with a narrow 15-10 win.

The Conference is normally a highly unpredictable tournament, and it was unusual to have a tournament so dominated by four teams. The quarter-finals were all one-sided affairs, apart from Austria's game with Pool C winners Andorra, who had beaten Croatia to the top of the pool with 17-5 win in the second round of games on the opening day. They met again for 5th place, with Andorra winning more decively, 21-0.

Malta's draw with Moldova on the opening day was the high point of their weekend, though they did end in 7th place after beating Lithuania 20-10 in the play-off.

Luxembourg won the Challenge Trophy on the second day with a narrow win over Bulgaria, while Slovakia scored all of their points in their final game, beating Slovenia for 11th.