We have not reviewed the progress of the French Elite league since it took an international break for Glendale round of the World Sevens Series in October, so as the league prepares for month-long Autumn break, we return to France to review the past three weeks and discover if there is any sign that the gap between the old Top 8 and the rest has closed. 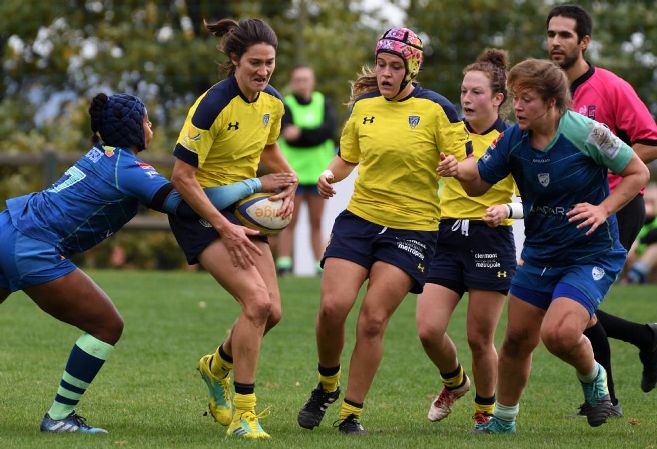 The French Elite 1 is approaching the mid-point in its pool phase and, after six of the 14 rounds the top teams in two pools are all from the old Top 8 league.

In Poule 1 champions Montpellier remain top with six wins from six games, with this weekend’s 31-10 home win against Bobigny (second-placed at the start of the game) the most important of the season so far, a relatively close game as it was the first time they had conceded two tries since the opening game of the season – and the only game where they have failed to record a try bonus point. Bayonne also came close to denying them a bonus in week four when Montpellier only won by four tries to one (29-14).

Bayonne now like second after last weekend’s games, equal on points with Bobigny, but 11 points behind Montpellier, their two defeats this season coming at the hands of Montpellier and Bobigny. However, Bobigny have a game in hand – against bottom team Rouen – and should move back into second when that game is played in January.

The remaining five teams in Poule 1 all come from outside the old Top 8, and all now have negative points difference records. With only three Top 8 teams in Poule 1, one from outside that groups will win a quarter-final place next spring, and at present that looks like being Stade Francais particularly after their 20-15 win against Grenoble, who made the last eight last year, this weekend. However, Lons may also challenge for that spot having drawn 19-19 with Stade in week four, and then beaten Grenoble 27-21 last weekend.

Poule 2 has five teams from the 17/18  Top 8, and they occupy the top 5 places in the pool. Stade Toulousain – last season’s runner’s up – dominate the pool as much as Montpellier in Poule 1, thanks to a crucial 29-19 win over second placed, and fellow Toulousians, Blagnac in round four ad an equally important 30-3 win against Romagnat this weekend, giving them a seven point lead in the pool over both of these teams, who are tied on 22 points, having lost only to Toulouse, and having tied 14-14 in week two.

Blagnac and Romagnat seem likely to make the quarter-finals on current form, which leaves two Top 8 teams competing for the final spot – Rennes and Lille – with Rennes holding the advantage thanks only to their opening week win over Lille. Both teams remain well ahead of the rest of the pool, but have not challenged Blagnac, Romagnat or Toulouse.