Montpellier are French champions for the sixth time in 10 years. Saving their best for last, a superbly organised defence ensured that opponents Lille could not repeat last season’s success 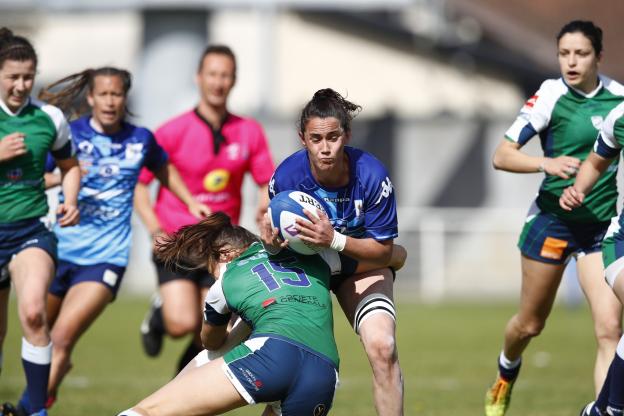 Lille had finished comfortably top of the league in the regular season, beating Montpellier on the way, while their opponents had for much of the autumn and winter looked like their might miss out on the semi-final altogether.

Lille they dominated possession and territory throughout the final, which was almost entirely played in the Montpellier end of the field. And yet the Montpelliéraines lead throughout most of the game.

Lille proved incapable of turning all of that possession into points. Their only try came through typical quick thinking from (perhaps inevitably) Shannon Izar, whose quick tap penalty took just about everyone by surprise. Aside from that momentary lack of concentration, Montpellier defensive line was an unbreakable wall, and Lille could probably have played another 80 minutes without crossing the line.

"We must praise them. They have enormous qualities especially in defence. And they knew how to make the most on our errors, "acknowledged Lille captain Laura Di Muzio.

Lille had taken an early lead with two Izar penalties, but midway through the half a break by Montpellier fullback Caroline Boujard cut through a disordered Lille defence found setting up a flowing backrow move which Cyrielle Banet finished off.

"We managed to up the tempo, but did not have enough pace and speed. And we missed too many chances," said the Lille coach Damien Couvreur, after the game.

Izar’s quick thinking briefly put Lille back in the lead, but it did not last long as Montpellier struck back almost immediately, Boujard this time crossing the line to give her team a 17-11 lead, which is how the game ended.