More on the first female Springbok

Last summer we told the story of Kathleen Trick, the first identifiable female to be depicted in rugby kit.

Since then we have been contacted by Carole Marriott, a relative who has provided more information about Kathleen, including another way she made rugby history that night in 1906. 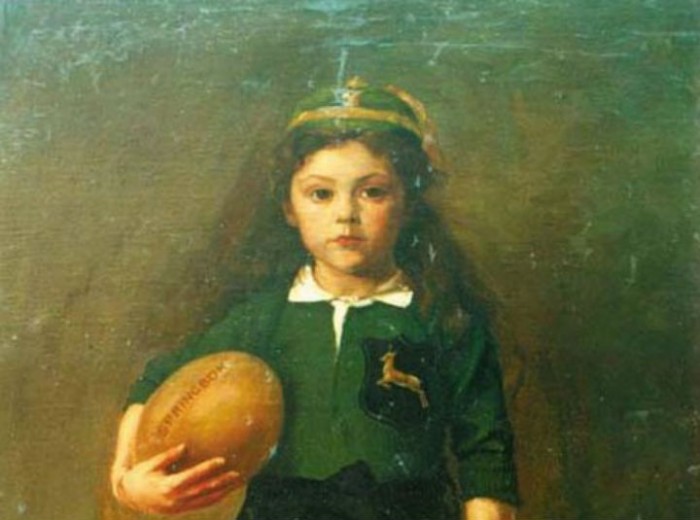 As we said last time, Kathleen Trick was a member of a sporting family originally from south Wales. Her uncle George captained Neath, and Carole reveals that a cousin - Cecil Redvers Griffiths - went on to win a gold medal at the 1920 Olympics. However, Kathleen was born in London in 1901 where another uncle of hers - William - became Mayor of Stoke Newington. As a result she and her cousin Marjorie were invited to the Lord Mayor's fancy dress ball at the Mansion House in the City of London in January 1907.

Her parents suggested she go as a Springbok and approached the South African touring team's team manager. Initially he refused - but a little later agreed so long as the entire kit was correctly tailored to the standards of the team, and by the team's own tailor, including the cap.

The Trick family agreed and as a result she was made an full member of the touring team, with the cap being officially awarded to her.

It was not an honour that the South Africans forgot, and when they toured again in 1931 she was invited to a game while they were in Wales, and spent the evening with the team in Porthcawl. She was also invited to join the team on their 1961 tour, but illness prevented a repeat. Nonetheless she did make the local press as the "only woman in the world ever to be capped by an [men's] international rugby team" - an honour she retains to this day.

As we said last time, her painting is now in the collections of the RFU - but since we highlighted the story the picture has gone on loan to SARU as part of an exhibition on the history of Spingbok rugby.