Much changed France side named

France have named a youthful looking team to take on England in Grenoble tomorrow, a match that will be broadcast live on BBC for the first time. 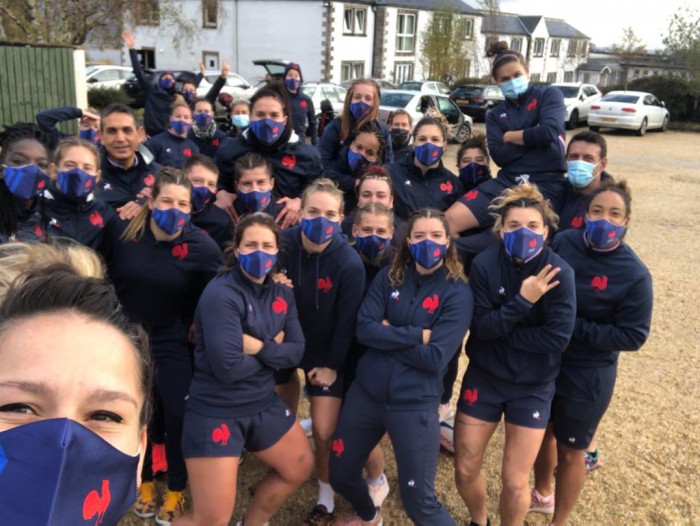 France have had a tumultuous time in recent weeks, with a surprise draw with Scotland followed by numerous players and staff testing positive for Covid-19 and forcing the cancellation of their game with Ireland.

All remaining games were then called off so England will have one more game under their belt going into this one.

France at home is always a tough ask where packed crowds, especially in the South, have acted as a significant motivator for the team. This time though, there will be no crowd, and it will be fascinating to see how Annick Hayraud’s team reacts and whether their usual home advantage is nullified.

The team Hayraud has chosen has a whiff of experimentation to it. Just five players who started against Scotland start here.

Shannon Izar is in at 15, having returned from 7s though most of her recent test match experience has been at 10.

Jessie Tremouliere is not named at all. Maelle Filipon is back in the centre having had a torrid time with injury in recent years while Pauline Bourdon is named on the bench.

Marine Menager is the only starter in the backs to survive from the Scotland match while there are also changes up front, where Agathe Sochat, Coumba Diallo, Gelle Hermet and Emeline Gros are the players retained from that game too.

Hayraud said: “The match against Scotland was below our expectations and there was a lot of questions asked on the part of the players and management afterwards. We had an opportunity to bring together a large group of players including players we have wanted to look at for some time, so the preparation for this game made that possible without forgetting that this is an important opportunity to give playing time to players against leading teams. We don’t have much opportunity to do that.”