After their winning test match debut last year, Namibia's women will be taking part in their first CAR African 7s championship in Kenya this weekend. 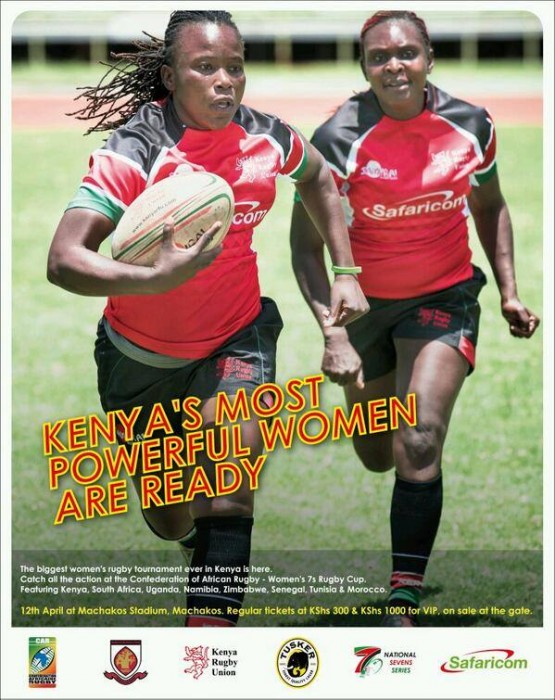 The tournament, to be held alongside the popular Safaricom sevens in Machakos, was moved from its original proposed venue in Morocco in February, and the subsequent  announcement that Namibia would be replacing Morocco raised a few eyebrows at the time.

However, their selection was a big boost for the Namibian women's national squad, whose only previous international experience was their 31-10 test match win over Botswana last October.

Unusually fifteens has been the mainstay of rugby in Namibia. However, their participation in their first major championship has attracted some interest and a reporter from The Namibian caught up with them at OR Tambo International Airport in Johannesburg, South Africa as they waited to board a plane to Kenya.

The team had already received their national colours during a short ceremony in Windhoek on Monday and, although the players were not sure what awaits them in Kenya, they were still in high spirits for the event.

"We worked very hard and I have confidence in my team, and with the right attitude and motivation and knowing we play for Namibia, we will do our best," said captain Geraldine Louw, "As its our first tournament its difficult to predict what our performance will be, but we will give opponents a hard time."

Assistant coach Edwin Basson said "the girls are well prepared but we do not underestimate the other teams. The sport is still new in Namibia, but as the girls come to the training sessions, they start to like the sport."

Neighbours South Africa will start as clear favourites, having won every African tournament they have ever entered, and having never lost a sevens match to African opposition. For the Springbok women the tournament will be almost as important as preparation for their World Series tournament in Amsterdam next month, their target of Core Status, and ultimately a place at Rio in 2016.

Springbok Women’s Sevens coach Renfred Dazel named his squad last week, with only one change from the group that finished third at the Hong Kong Invitational last week - though that change is the loss of Phumeza Gadu, arguably the best women's sevens player on the continent, ruled out due to a knee injury.

“It’s unfortunate to lose a player with Phumeza’s experience, but this offers Rachelle an opportunity to make her presence felt,” Dazel said before their departure. “We have a talented elite squad and each player has immense potential. The fact that they train together daily in Port Elizabeth means any player could slot in with ease.”

Rachelle Geldenhuys, who made her Springbok Women’s Sevens debut in Dubai IRB World Series in 2012 take Gadu’s place. Nosiphiwo Goda (lower back spasm) and Veroeshka Grain (groin) were also nursing injuries this week, but they were cleared to play.

South Africa, who were drawn in Pool A with hosts Kenya, Senegal and Madagascar for the tournament on Saturday (April 12)

Tunisia, the 2013 runners-up, meanwhile, were drawn in Pool B with Uganda, Zimbabwe and Namibia.