Australia continue to make strides forward with the appointment of Dwayne Nestor as head coach leading into the 2021 Women's Rugby World Cup. 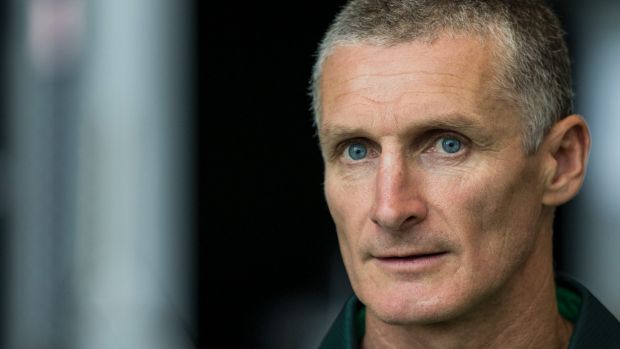 Nestor is a a former Perth Spirit coach and an assistant with the Wallaroos last season and takes over from Paul Verrell.

There has been a significant improvement in the focus and investment in women's XV in Australia in recent years following the success of its sevens programme.

The women's XVs programme is now aligned with the ARU's high performance department - a move that also helped nations like Ireland when they were originally initiated.

The Wallaroos are also set to receive Test match payments for the first time in 2018, under a new collective bargaining agreement.

Nestor said taking the reins this far out from the World Cup gave him a chance start fresh with a new generation of players.

"It's good to have time where we can build a program and that will be a building process," he said.

"We pretty much start from scratch now, so it's open slather for selection in the Wallaroos squad.

"It's a good thing for the girls to have that attitude where they can show what they can do with a clean slate.

He will be assisted by Moana Virtue, who is a rising star in the coaching world, having become the first women in more than a decade to complete an elite coaching course last year.

Nestor said he was looking forward to taking on the job, ahead of the World Cup,a tournament, for which Australia has lofty goals.

Rugby Australia's head of XVs national programs, Adrian Thompson, said the women had a top-four finish in their sights.

"Certainly our goal for the Wallaroos is to finish top four at the World Cup and beat teams that are currently in the top five," he said.

"I went round to see all the girls last week and it doesn't sound a lot, moving from six into the top four, but as you would've seen at the World Cup there's a pretty significant difference between the top five sides and where we finished at sixth.

"I think off the back of that, women's rugby in general's going to continue to grow and we should see that the work that gets done in Super W is filtered down and our club competitions become bigger and more organised."