New contracts for the Black Ferns

Thirty New Zealand women's players have been offered contracts that enable them to "as close to full time employment" as possible according to Chris Lendrum, NZRU's General Manager of Professional Rugby and Performance. 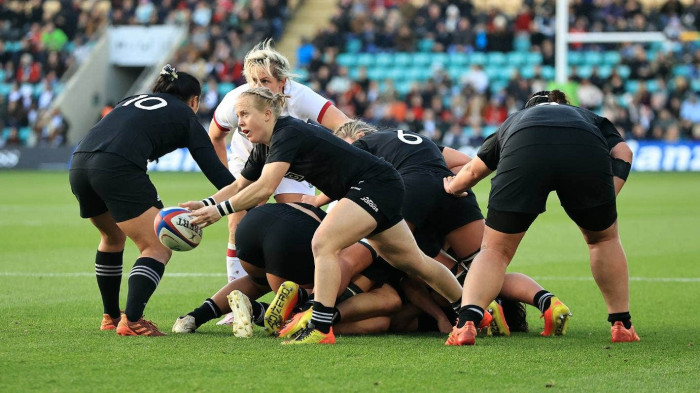 Lendrum said the contracts were not a reaction to the recent northern tour results but had been planned for some time, citing the decision as momentous for the women's game there.

"It's a hugely important moment for women's rugby for the players and management but I think aspirationally for young people of whatever gender looking to be involved in women's rugby in the future ether as player or coach it is a signal about the growth and progress of this programme and we are really excited about to see what the players can do with the opportunity with rugby as the primary focus in their lives."

He said that the contracts had been in the offing for some time and were not a reaction to recent poor results.

"The principle of progressing the Black Ferns to what is close to full time employment we have been working to for some time. Without Covid intervening it might have happened earlier. Then comes the detail - how to implement it, how to resources it. All of that does take time, it takes budget and it takes resource and that has all been challenged over the last year or two but we are really happy to be here now. It is not a reactive step to the results on the recent tour, it is something we had planned."

"We knew going into a World Cup year that we were going to be asking much more from our leading 15s players than we had in the past that this was the right thing to do now."

Lendrum added that the aim was for the Black Ferns to restore their position as the best team in the world.

"The Black Ferns have an incredibly proud history in the game. They have been the high watermark for women's rugby for most of their existence. There was a clear line in the sand drawn in November in terms of the standards our players and management need to get to in order for them to be best in the world again."

On the future of the women's game, Lendrum said the commercialisation of the sport was exciting as was the potential around the new Super Rugby competition and the wider growth of the sport but he added a note of caution.

"As wonderful as the growth has been in the women's game from a participation point of view, we still only have 3,000 registered senior players in the country at the moment. So a huge focus for us is not at the professional level it is about growing that base."

The contracts are a big step up for the players who were previously on part time deals.

New Zealand website, Stuff, reported that payments will increase to about $35,000, with base retainers being topped with assembly and appearance fees, and increased contributions to a retirement fund. Those at the lower end of the Black Ferns contracts will make about $60,000 a year, with leading players earning in excess of $130,000.The Black Ferns first received part-time contracts in 2018, with players earning a base retainer of between $12,000 and $25,000.