Jay Tregonning has been appointed head coach of the Wallaroos to the end of the 2022 season, taking the team through the World Cup next year. 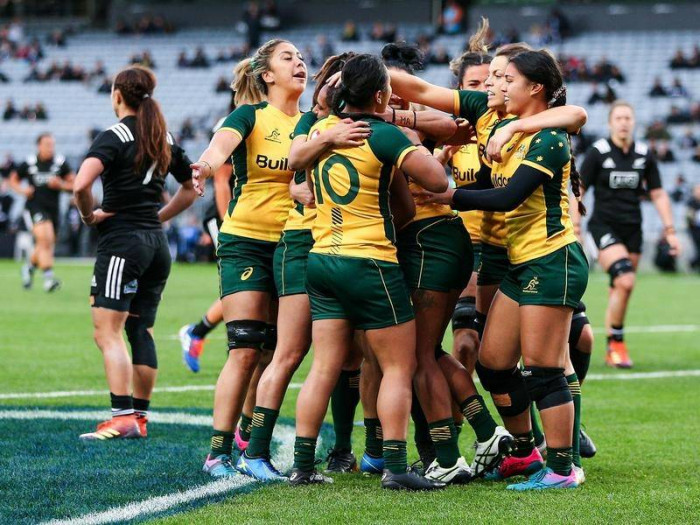 Tregonning was the Wallaroos' assistant coach at the 2014 World Cup but stepped away from the role to juggle his main job as a school teacher and having a young family.

He replaces Dwayne Nestor who along with this assistant Matt Tink resigned after comments made during the Super W competition about referees and players were accidentally uploaded to a portal heard by players and staff.

While the Wallaroos' tour of New Zealand in September was cancelled, they are still hopeful of playing an international this year or at least having some training camps.

Tregonning told media yesterday that he was hopeful he could work with the Australian 7s programme to secure access to some players ahead of the World Cup next year. New Zealand have named several of their top 7s players in their end of year XV travelling squad.

Tregonning said: “It’s exciting the join the squad at this time, I know the side is itching to get together in preparation for next year’s Rugby World Cup.”

“The squad is bursting with very talented players and it’s going to be a great year ahead as we get prepared for the World Cup.

“There is definitely a lot to do between now and September next year and I’m eager to start working with the extended squad.

“I would like to thank the playing group and state coaching staff who have been working hard in preparation for when we are able to schedule some matches.

“I think the upcoming Buildcorp Super W competition will also be crucial next year, not only for selection purposes but to make sure our players have a good amount of game time for when they don the green and gold jersey,”

Rugby Australia Chief Executive Andy Marinos said: “It’s a critical time for our Wallaroos as not only have our ladies endured a very disruptive past 12 months but we have the 2022 World Cup fast approaching and to have certainty around the Head Coach position is vital.

“We received many applications from across the country, which continues to highlight the growing interest in the Women’s game, and I’d like to congratulate Jay in his appointment.

“Being involved as an educator together with his rugby knowledge and experience, we found him very well balanced, articulate and with a clear direction in which he wants to take this group forward.

“Having served as an assistant in the 2014 Wallaroos’ campaign, he knows the rigours that a World Cup demands, while his experience with the Australian Schools will help in delivering the satellite programs as we wait for a time in which we can bring the squad together again.

“I know both the staff and players are looking forward to Jay commencing next month, and we wish him all the best,” Marinos said.