The RFU have today confirmed the teams to make up the Tyrrells Premier 15s for the next 3 seasons. 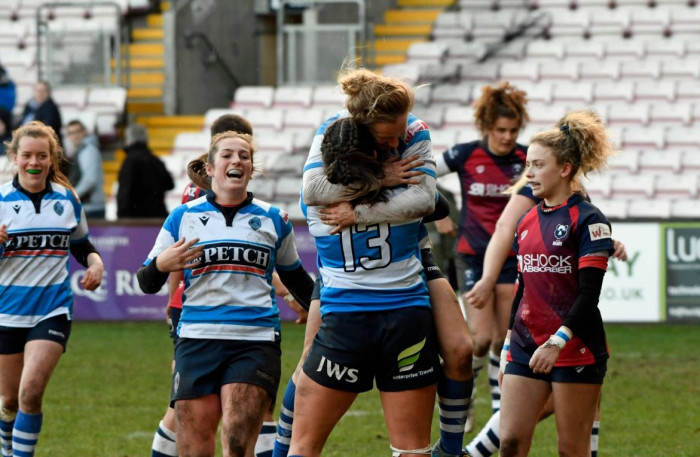 Richmond and Firwood Waterloo lose their places and are replaced by Sale Sharks and Exeter Chiefs.
The two newcomers to the women's game go straight into the top flight, backed by major support from their clubs who are aligned to Premiership Rugby (men's) teams.

Richmond's exclusion, while expected, will be a major blow to a club who were the standard-bearers of the women's game for so long in England.
The decisions were take after an audit took place in the first half of the 2019/20 season, where each current Tyrrells Premier 15s club was assessed based on a combination of their ability to deliver the competition’s Minimum Operating Standards and their on pitch performance. Clubs were then ranked from one to 10 based on the audit results.

At the same time, the bottom four ranked teams were invited to retender for a place in the competition and applications for tender opened to all RFU Member Clubs, universities and colleges that wished to apply.

A selection panel reviewed and shortlisted all tender applications and interviews took place via conference call.

DMP have rebranded as Durham Sharks to reflect a new partnership with Durham University. The partnership will give players access to the new £32m Maiden Castle facility development and support from leading university sport, medical, performance and strength & conditioning support among other benefits.

The10 clubs which will form the Tyrrells Premier 15s for the next three years are:

Nicky Ponsford, RFU Head of Women’s Performance said: “My thoughts and those of all of us at the RFU are with everyone impacted by COVID-19, both across the country and within our rugby union community.

"I’d like to thank all clubs for their co-operation, especially in recent weeks where even during these unprecedented circumstances, we have managed to adapt and continue to work to original timelines.

“We said from the outset that this process allows us to recognise the input of current clubs but still open up the league to potential new entrants with a geographical spread maintained where possible and that’s reflected in the results.

“The quality of the applications was very high.

“We’re looking forward to working with those clubs who have been with us since the league launched in 2017 as well as welcome Exeter and Sale, both of whom have exciting plans which will undoubtedly add quality to the division both on and off the field.”

Additionally, the Tyrrells Premier 15s Development League will no longer take place and this will take effect from next season (2020/2021).

Those Tyrrells Premier 15s clubs who wish to run a development team next season are in discussions with the RFU on the most appropriate options available.
Tweet