The Women’s Six Nations will retain its own dedicated window in the calendar in March and April next year with the competition also reverting to a full five rounds. 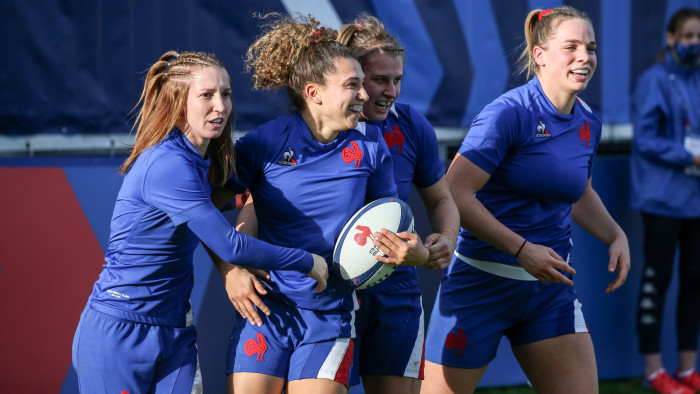 The Championship was moved last year because of pandemic challenges and it was also curtailed but this year the full programme has been restored while it remains in a new and separate window to the men's and U20s events.

A ‘Super Saturday’ in the final round on April 30 has also been introduced as well as a significant increase in coverage on broadcast networks in the UK, Ireland and Italy.

All 15 matches next year will be broadcast on BBC in the UK, RTÉ and Virgin Media in Ireland and Sky Italia for the Italian market with details for France yet to be confirmed.

Matches will be shown on a mix of terrestrial and Player services with broadcasters across territories significantly increasing their commitment to the women’s game.

Scotland will open the Championship against 2021 Champions England at DAM Health Stadium on 26th March, while Ireland will take on Wales at the RDS on the same day.

France will face Italy at the Stade des Alpes in Grenoble on Sunday 27th.

The third round will see England host Wales on Saturday 9th April with the other 2 matches taking place on Sunday 10th April when Scotland will host France and Italy will travel to Cork.

After a break weekend, Round 4 will start on Friday 22nd April in Cardiff with Wales v France. Italy v Scotland will be on Saturday 23rd and England will host Ireland on Sunday 24th April.

The Championship will end with a Super Saturday with Wales v Italy, Ireland v Scotland and France v England taking place on the same day.

Six Nations CEO Ben Morel commented: “Increased visibility is key for the growth of the Women’s game. We are delighted to have enhanced broadcast partnerships in place along with a continuation of the dedicated window from which we saw such success last year. These two key developments along with continued investment in many other areas including performance, commercial and marketing will enhance the Women’s Six Nations for fans and players alike.”

For the full fixtures see here