Premier Rugby Sevens (PR7s), a new professional sports circuit, will launch in the US and Canada later this year. 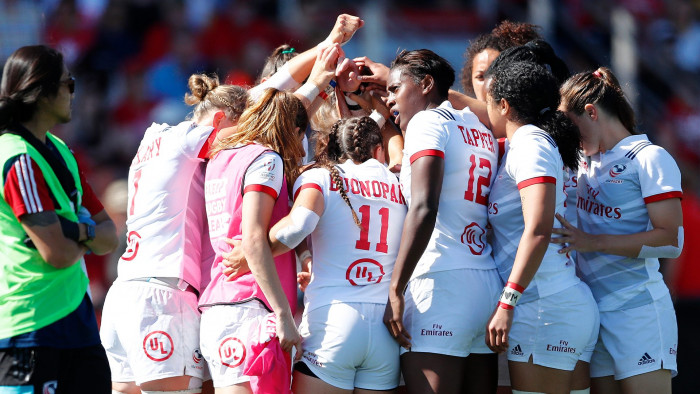 The new league is aiming to showcase North America’s top male and female players, and has committed from the off to provide equal pay and high performance access under one league umbrella, adopting a touring format in cities across the United States and Canada.

Starting with a pilot season, PR7s will feature many U.S. players who played in the 2016 Olympic Games in Rio and are expected to play in the Tokyo Olympics this summer.

The league will feature six men’s teams and four women’s teams that play multiple games in one location. The host cities and schedule, along with trial information, player announcements, and team names, will be revealed in the coming months.

Tapper said: “I believe Premier Rugby Sevens will be a big reason the sport of sevens will take off in the United States and Canada and I want to be a part of that. One of my goals is to inspire the next generation, particularly crossover athletes, to consider rugby sevens. And now with PR7s, along with the Olympics, there are even more opportunities to continue an athlete’s career at the highest levels.”

The league has been founded by Owen Scannell, a former college rugby player, who left a career in investment banking in 2017 to earn his MBA from the Tuck School of Business, with a focus on launching a startup in sports and entertainment.

“Rugby sevens is the most exhilarating sport in the world and perfect for the next generation of young fans,” said Scannell. “

Sevens is extremely accessible and enjoyable for new North American fans and players. Our goal is to entertain fans through high-quality digital content, and unforgettable festival experiences in attractive North American destinations and markets. PR7s will provide our partners with unique and unparalleled activations across all our platforms.”

Former US men’s head coach Mike Tolkin has been appointed as the league’s general manager to oversee all rugby operations.

You can read more on: www.PRSevens.com.