Scotlland Head Coach Philip Doyle is to step down from his role with immediate effect. 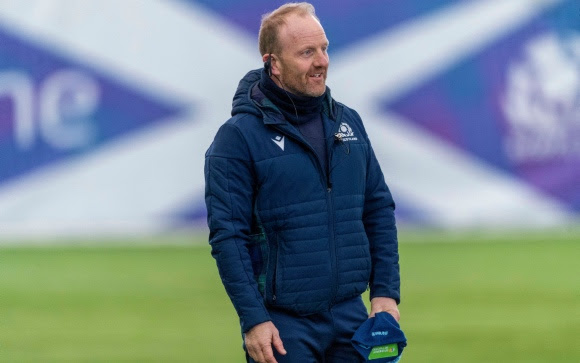 Doyle is shielding on medical grounds following the Covid-19 pandemic and with his contract up in December. it has been agreed between Doyle and Scottish Rugby that he will not return to the role following furlough leave to avoid any potential disruption to the team.

Doyle said: “While it is very frustrating not to be able to continue as Scotland Head Coach due to the restrictions around Covid-19 I feel it is the right thing to do both for me and also to enable the team to face the coming vital set of matches with some continuity in their coaching. I have greatly enjoyed working with the team and feel we’re making good progress on and off the pitch as a group. I will miss being with the players and wish them well in the games ahead and will be watching with interest.”

Scottish Rugby’s Head of Women and Girls’ Rugby, Gemma Fay said: “I would like to thank Philip for his significant contribution to the development of the Scotland Women’s team during his time as Head Coach and he will be missed by all of us connected to the team.

“It is obviously disappointing he is unable to continue his role at a key time in the team’s preparations ahead of qualification for the 2021 Rugby World Cup, but the Covid-19 crisis has put many things in perspective and clearly Philip’s health must be the priority here and we would not want him to compromise that in any way.”

Current Scotland Women Assistant Coach, Bryan Easson (pictured) has been appointed Interim Head Coach for the remainder of 2020 and will lead the team in the upcoming RWC Qualifiers.

Bryan Easson said: “I have really enjoyed working with this group of players and know how committed they are to progressing as a team. Philip is a passionate coach and so it is unfortunate he can’t continue for the games we have ahead.

“As a group we are focussed on the qualification for the World Cup in 2021 and so it was an easy decision to make when I was offered the chance to take on the Head Coach responsibilities. I am looking forward to coaching with his group of players and staff again in the weeks ahead and know we will pull together and work hard to reach our objectives.”

Gemma Fay added: “It is very important we maintain continuity at this difficult time and so I am very pleased we are in a position to appoint Bryan as our Interim Head Coach. His working knowledge of the team to date and coaching ability will be key as we take on the challenge of the matches ahead in the coming months.”

Scotland Women have three remaining fixtures in the 2020 Six Nations with a home game against France and Wales in October followed by the final match against Italy in early December.