A new women's rugby players union has been launched to support and advocate for athletes in England's Allianz Premier 15s competition. 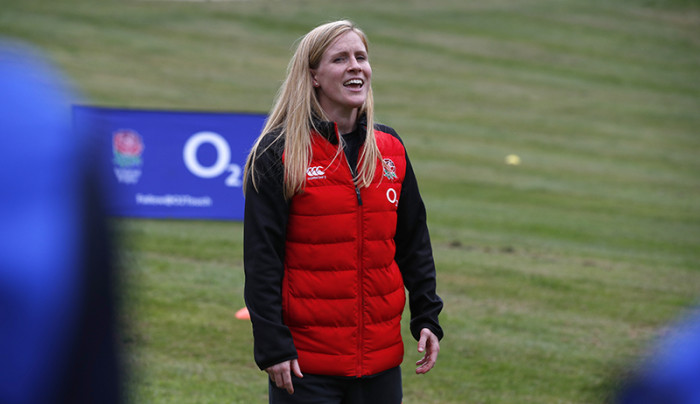 The Women’s Rugby Association, which is being launched today with World Cup winner Nolli Waterman as CEO, comes after continued growth of the game's leading league.

The WRA say that within this period of significant growth, it is critical that players are supported and protected on and off the field and have a voice on the future of the game.

Waterman added; “At a pivotal time in domestic women’s rugby, it is important that players are appropriately supported and protected on and off the field so they can perform at their best in rugby and beyond. Players also need to be given the opportunity to have their voice and collective opinions heard to ensure they can help shape the progression and sustainability of the game they are at the heart of.”

The union is the brainchild of founders  Emma Lax, Polly Barnes and Holly Hammill who want to help provide a collective voice for mostly amateur players who are not represented by the existing Rugby Players' Assocation.

it will also provide support with individual contracts and commercial agreements; advocacy for consistent medical and welfare provision across the Premier 15s competition; education and support on personal and professional welfare and development; and access to virtual and physical events with leaders from across sport and business.

It will be governed by a Players’ Board made up of one player from each Premier 15s club, elected by members who play for the relevant club and there will also be an Executive Committee consisting of a Chair and Vice Chair who will be elected from the Players’ Board, Chief Executive and a number of Directors.

The development comes in the wake of issues surround medical costs and support for many of the league's players in recent years with a key Welsh international forced to crowdfund to pay for medical care last year.