Our weekly round-up of news worldwide stories and league updates, with a special focus on South America this week… 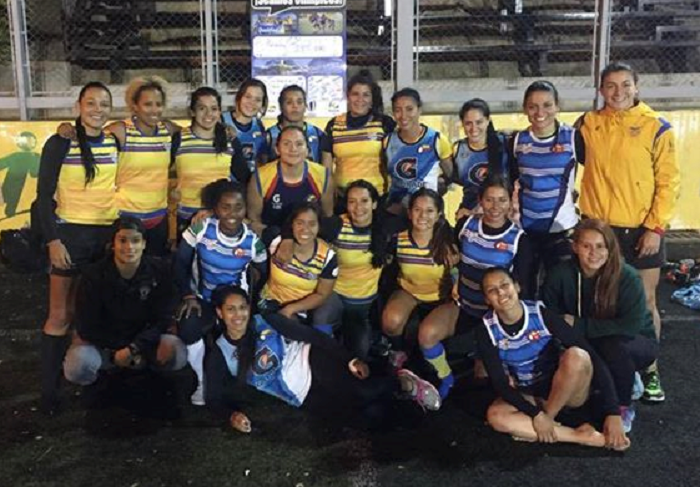 An Eagle aims to become a Toucan

Former US Eagle Nathalie Marchino revived her Olympic hopes last week when she returned to the land of her birth to compete for a place in the Colombian squad.

Born in Colombia, but growing up in Switzerland before moving to the US, Marchino “can check a lot of boxes on the Census”, as she puts it in her blog. Unfortunately this did not include holding a US passport. That did not matter when it came to playing in IRB/World Rugby-sponsored events, but IOC rule are much stricter, so when US Rugby decided to concentrate on Olympic qualification there was no longer a place for Nathalie.

That (and subsequent injury) seemed to close the door on her international rugby hopes, but her recovery coincided with Colombia’s unexpected qualification for the Olympics, which meant that (after a short but successful cloud-funding campaign) Nathalie was on the ‘plane to Medellin last week to take part in the try-outs for Colombia squad for the Valentin Martinez Sevens in Montevideo this weekend (the tournament that traditionally kicks off South America’s international sevens season).

This weekend’s Valentin Martinez in Montevideo will include four national selections – Uruguay, Chile, Colombia and Paraguay – plus two teams each from Brazil and Argentina.

The tournament, played at the Carrasco Polo Club, is now in its 22nd year, with the international women’s event going back to 2005.

We hope to give some coverage to this next week.

More news on this as we receive it.

Four weeks into the new, expanded, league – and it’s been a, perhaps predictably, tough start for the new teams. So far only one of the five teams have recorded a win - I Medicei in Pool B - who beat fellow newcomer Frascati 2015 26-10 a fortnight ago. Other than that it has largely been a tale of, at times, quite sizable defeats though the wonderfully-named Chicken Pavia scored their first try last weekend, holding Rugby Casale to just 5-36, and I Medicei followed up their win with a relatively narrow 0-19 defeat to Umbria Ragazze last weekend.

The league expansion has not been without its problems, however, with Città di Frascati forfeiting their game last weekend to newcomers Donne Etrusche (it will almost certainly be officially recorded as a 20-0 win for the Etruscans, giving the team formed from women’s sections at Perugia and Cortona at least a paper victory). This will be the second time in four games Città di Frascati have defaulted.

At the other end of the league, Monza are storming away in Pool 1 with four wins from four and maximum bonus points, 293 match points scored, and none conceded. Lead by Maria Magatti they demolished Cogoleto & Prov. Ovest 98-0 last weekend, with nine tries in the first-half and (despite widespread substitutions) seven more in the second.

In Pool B Bologna have already opened an eight point gap at the top. They had to work for their win against L’Aquila this weekend, however, their opponents coming back from 26-0 down at half time with three second-half tries. However, New Zealander Amy Williams had a standout game at fly-half for Bologna, with 13 points (a try and four conversions), while full-back and captain Stella Genesini added two more tries.

Only Benevento are also unbeaten, but have played one game less. They recorded an important 27-5 win over rivals Roma to reinforce their runners-up spot.

The women’s “Super Series” began last weekend.  The series brings together the top 66 players in the SAR with the “Scorpions” beating the “Vipers” 24-7 in the opening game.

The three teams taking part will all be coached by the HKRU Women’s Performance coaching team. Opening-day winner the Scorpions are being coached by Chris Garvey, Hong Kong’s Assistant National Women’s XVs coach, while the Vipers are under the charge of National Performance Coach (Development), Lai Yiu Pang. The third Super Series side will be coached by Anna Richards, aided by Valley’s Dean Herewini.

For the opening game Scorpions and Vipers featured an assembly of top Hong Kong Women’s Rugby XVs players, including captain Colleen Tjosvold and vice captain Martini Ip for the Vipers, who also boast Adrienne Garvey and Hong Kong U20s captain Aileen Ryan, part of eight Hong Kong XVs caps in the squad.  Chow Mei Nam and Rebecca Thompson were the captain and vice captain of the Scorpions, with Karen So and Melody Li strengthening the squad which features seven Hong Kong XVs players.

Club rugby will take a pause next weekend, however, for the Olympic qualifier. The Hong Kong team was also announced last weekend:

Unseasonably warm in the Gulf

Despite being Autumn, the second round of the Gulf States series took place in Dubai in above average temperatures that never fell below 36C last weekend (and often exceeded it) – conditions that may be little changed when the World Series arrives next month. Hurricanes are the team to beat in this league, winning the second tournament while conceding only two tries. Abu Dhabi Quins and Dubai Sharks close behind.

Belated congratulations to Spain's Alhambra Nievas, who was nominated alongside France's Jérôme Garcès and eventual winner Nigel Owens for World Rugby's "Referee of the Year" award.

Rugby Europe have now published the official game sheets for last weekend’s final and third place games, with details of teams, scorers and other key events in the games.