News this week from Italy, Germany, Uganda, and the Paris 7s - plus a round-up of recent developments on test rugby in Kazakhstan, South Africa, East Africa and Europe. 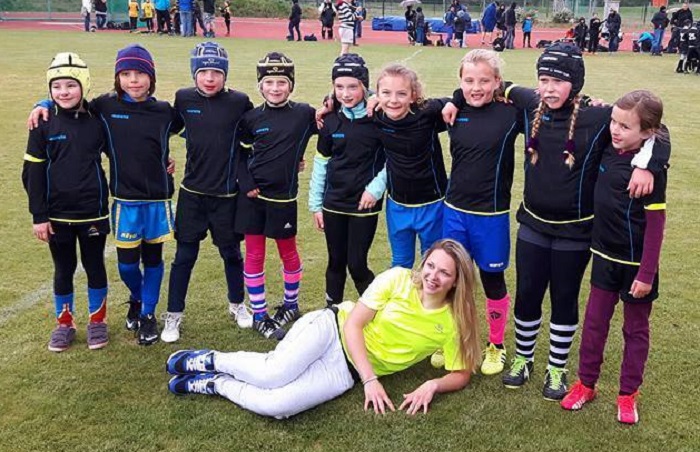 While the launch of the logo and itinerary for the 2017 World Cup have been attracting positive headlines for the 15-a-side game, behind the scenes traditional test rugby has suffered a series of major body blows in recent weeks.

One of the biggest was the withdrawal of Kazakhstan from all forms of 15-a-side rugby, both men’s and women’s, with unconfirmed reports in Kazakhstani media outlets suggesting that the axing of traditional rugby programmes has extended even to club level.

Kazakhstani rugby is heavily dependent on government funding, with the game being strongly associated with the army, so the prime mover appears to be government switching its attention from the men’s and women’s World Cups to concentrate instead on qualification for the 2020 Olympics.

With the 2020 Games taking place in Asia it is a move that is, perhaps, pragmatically understandable. Asia’s leading nation – Japan – will automatically qualify for the Tokyo games, leaving a place available for whoever is Asia’s number two nation. It is likely that Kazakhstani authorities will have realised that concentrating all of their efforts on sevens they will stand a very good chance of getting one of their teams up to that level (especially in women’s rugby).

The downside, obviously, is the disappearance of Kazakhstan from the Women’s Rugby World Cup, where they have been an ever-present since 1994 (they only missed out on 1991 because they country did not, at that time, exist), and the question is whether the 15s programme will be revived after 2020 – especially if they succeed and get a team to Tokyo.

Kazakhstan’s absence follows hard on the withdrawal of South Africa, whose national 15s programme has also ended, reportedly to allow it to rebuild, but in practice perhaps so that they can concentrate on getting their 7s team back into the World Series.

South Africa had been offered a direct route to an Asian/African/Oceania qualifier after World Rugby rejected a repeat of their having to play-off against the 2016 Elgon Cup winners, as they had had to do before the 2014 World Cup. The knock on from that is that Kenya initially withdrew from the 2015 Elgon Cup because it offered no advancement towards the World Cup, only being persuaded at the last moment to play by opponents Uganda.

Despite that positive step it has now been announced that the 2016 Elgon Cup will not take place because Kenya are concentrating on preparing their sevens team for the Olympics.

As a result Uganda will now also be concentrating on sevens, in particular the qualification process for the 2018 Commonwealth Games, and are sending a team to the Roma 7s in June

Finally it was confirmed that the newly revived German women’s team will not take part in Europe’s World cup qualification process (concentrating instead on arranging a series of friendly games over the next year), and that Sweden will also be absent for the first time since 2006. The European qualification tournament will include just six teams - Spain, Belgium, Netherlands, Russia, Czech Republic and Switzerland (the latter two competing for the first time), with the winner plating-off against Scotland

As a result there will be only 18-20 teams taking part in the 2017 World Cup qualification process (final confirmation is still awaited from Samoa and Fiji) – by a significant margin the lowest number since worldwide qualification began before 2010.

The play-offs for the final two semi-final places in Italy’s championship saw a dramatic win for Rugby Bologna 1928 against Benetton Treviso. After a tied 5-5 game (both tries scored in 2nd half) it came down to penalty kicks, which Bologna won 1-0 making them the first southern team, since the formation of the two geographical regular season pools, to win a play-off game against a northern group team.

The Semifinals will take place over the next two weekends.

Germany - Heidelburg make it seven in a row

Heidelburg retained their Frauenbundesliga title with a 13-10 victory over the SC Neuenheim last weekend.

Despite being champions, Heidelburg were not favourites having finished eight points behind Neuenheim in the regular season, and an early try for Neuenheim seemed to confirm pre-match suggestions. A penalty from Heidelburg captain Lisa Maral reduced the margin, but not for long as a second try put Neuenheim 10-3 up at halftime.

However the second half was a completely different story with Heidelburg camped in the Neuenheim for almost the entire 40 minutes. After pulling to within two points the vital score came in the 62nd minute with a try from the captain.

France came out on top in a series of games that took place during the men’s Paris Sevens, beating full-strength Brazil and South African opposition. France fielded two team - "A" being effectively the team for Clermont, and "B" the team that will travel to Guildford (details) this weekend for a training tournament.