France are hosting one of the biggest international 7s tournaments outside the World Series in Nice this weekend bringing together several of the biggest nations on the circuit. 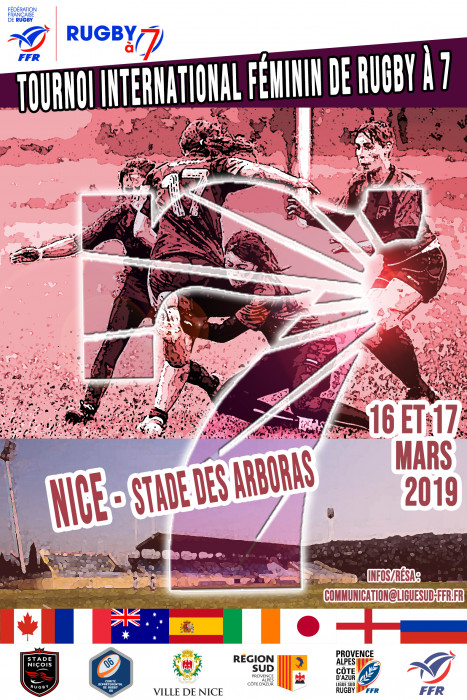 The tournament is also aimed at promoting women’s rugby in Nice and the Côte d'Azur, one of the quieter areas of France for the women’s game.

French coach David Courteix is delighted to be able to host a tournament of this quality. "The idea is to match ourselves against high quality international opposition during in a gap in the Series. It's great to keep the rhythm going. Training is important but at it is not enough.

“The format makes it possible to work on the strength of character of the team since they will meet different opposition with different playing styles. The next deadline for the girls is Kitakyushu in Japan on 20-21 April and these two days of competition are perfectly placed in the calendar.

The competition will not follow the same format as the World Series. Instead of qualifying pool with a final phase, the eight teams will play a single "round robin" where every team will play every over team over the two days.

For David Courteix it is an "opportunity for the teams to share, exchange and enrich each other. The aim is also to ensure offer both players and spectators women's rugby of the best possible quality. It helps to develop the game. The aim is also to play and to do the best possible and be as closes to the level we are trying to produce in terms of the game and benchmarks we have. And to come up against rugby different from ours " sums up his coach.

France have named their squad. If we learn of any other squads we will add them below.