Norway and Austria have won promotion to next year's European Trophy after finishing in the top two places in the European Conference in Kosice. 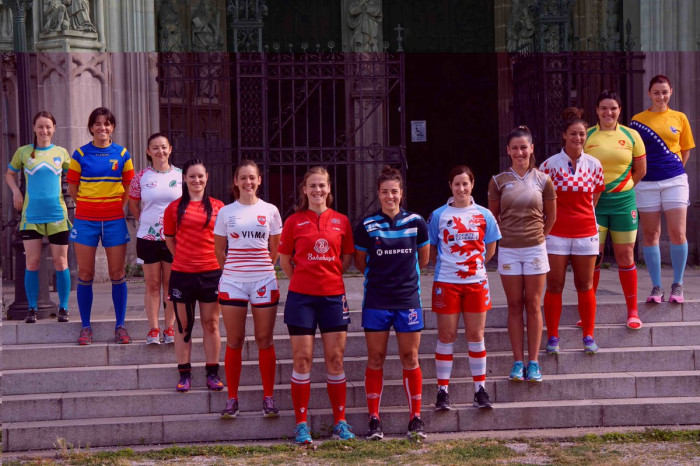 A perfect summer’s day welcomed players to Kosice in Slovakia for the European Conference – the third tier of European Sevens – with the target being promotion to next season’s Trophy.

Nothing can normally be taken for granted in the Conference, least of all seeding and form, but nonetheless Norway began as clear favourites and showed why with big opening wins over Lithuania and Bulgaria. Denmark – relegated alongside Norway last season – also looked in great form with a massive win over Bosnia and a strong performance again Austria.

Other than these two, no other team really stood out from the opening two rounds – other than maybe Bosnia who were the only team noticeably outclassed by the rest, ending the day with a 0-112 record. Georgia had two wins, one against Bosnia and a rather closer affair against Austria, Andorra and hosts Slovakia were also unbeaten having drawn their second game against each other, and Croatia had also avoided defeat, though only thanks to a 5-5 draw with Bulgaria.

As a result, Croatia’s win over Norway to open the final round of pool games was something of a surprise – though deserved as they led all the way. In Pool B the only two teams with 100% records came together, with Denmark beating Georgia to go into day two as the only team with three wins.

Bulgaria beat Lithuania to reach the quarter-finals, and Austria thumped Bosnia – then had to wait for the outcome of the final match between Andorra and Slovenia. Andorra were effectively through, but a Slovenia win (or even draw) would put them through over Austria. Andorra ran into a 12-0 lead in the opening minute, but Slovenia fought back and with much celebration drew level with just a couple of minutes left.  But they could not hold on, and a late Andorran try knocked them out.

The unpredictability continued into day two with Austria upsetting Croatia in the quarter-finals, and then Georgia in the semi – thus going from 8th seed and 3rd place in their pool to win promotion to next year’s European Trophy.

Norway, less surprisingly, joined them with comfortable wins over two of the first day’s leading teams – Slovakia and Denmark – before seeing off Austria in the final.

The disappointed Danes finished fourth, with Georgia bringing about the tournament’s final surprise result with a 7-5 win in the Bronze final.