Norway favourities for the European Conference

The European Conference – Europe’s third tier of sevens, and the most unpredictable, takes place this weekend in Bratislava, Slovakia. 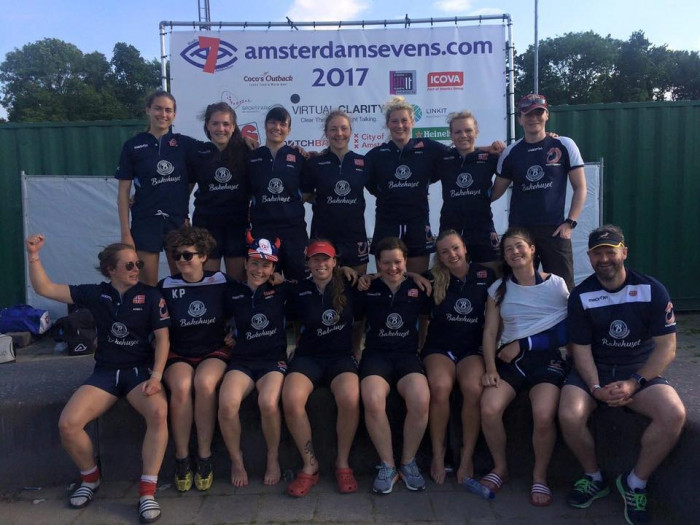 Norway looking good to bounce back into the Trophy

Last year 15 nations entered the Conference making the 2016 season the biggest ever. This year, unfortunately, that has dropped to just 12.

The selection process for Europe’s Sevens tournaments is something of a dark art, in that how it is done is never openly revealed, but performance may have been an issue with the loss of Serbia, who were massively outclassed last year. The loss of Montenegro (12th last year) is less easily explained, but it is the absence of one of the newest teams in European Sevens that is perhaps most regretted. Turkey were third in the Conference last year, only losing to Latvia in the semi-finals 12-7.

The absence of these teams conveniently leaves 12 teams, divided into the following pools (with the positions achieved last year):

Norway and Denmark were relegated from the Trophy last season.

Norway have perhaps invested more than other teams at this level in their women’s sevens. Their form this season has also been strong - they qualified for the higher level “Silver Pier” this year after a good opening day, though China and the Dutch Windmills were too powerful. They also took part in the Stanislas Sevens where they beat Denmark 22-12 on their way to a seriously impressive overall fifth place, thanks to a memorable 17-12 win over the French Development team. It would be remarkable if Norway failed to win promotion

Denmark ended 8th at Stanislas, also losing to Conference team, Georgia, so a bounce back for them is not as clear – especially as Georgia is in their pool.

However, that was Georgia’s only international win in the warm-up events. They also took part in Centrale Sevens, but they had a tough time losing all of their matches heavily. Even so, the experience will be useful, and is a guide to the level of support available to the team. If they pipped Denmark to the pool they could also be well placed to compete for a place in next season’s Trophy.

Form guides for the other nine teams are rather higher to come by, and given the small and varying pool of completely amateur players, even last season’s results are probably not a string guide to this year, though most of the Luxembourg team play in the Belgian league, and Austria – despite their 9th last year - have one of the longest traditions of women’s rugby in Europe - so both have strong potential. Andorra have also played at a much higher level than this, so despite last season’s 10th they should not be overlooked.

Despite all that it is entirely possible that one of the other teams could come through the pack  This is the Conference, and anything can happen.