NSW will face Queensland at home in the first Super W final in two week's time. 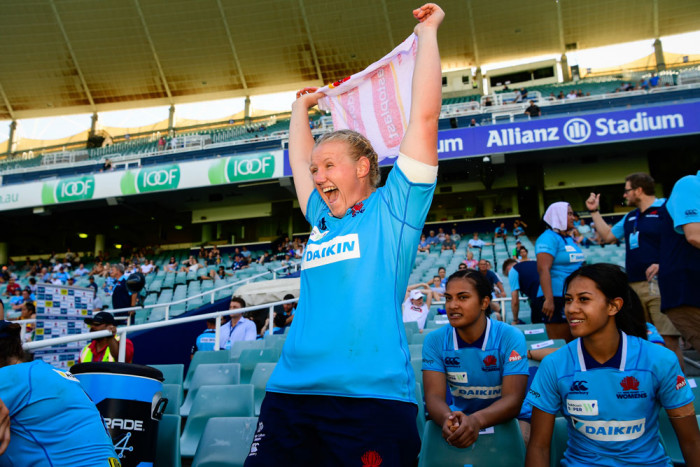 NSW ended the first ever Super W regular season undefeated, giving them a home final, after a 57-0 victory over the Melbourne Rebels. NSW were unstoppable, helped by Melbourne failing to take the few opportunities that came their way.

NSW started with a try from Iliseva Batibasaga within the first two minutes, followed by O’Brien in the 15th minute and Crystal Maguire five minutes later – and then another on the half-hour.

NSW were having 70 per cent of the possession at this point and the half ended with a Shanice Parker brace in the closing five minutes to give NSW a 40-0 lead at half-time, with five conversions from Ash Hewson.

Kennedy Cherrington added her name to the NSW scoring in the 47th minute followed a short time later by a try from Fi Jones.

This final weekend of the Super W has tested the depth of Australia XVs with the Rebels having just 22 fit players on their starting list. NSW now have the week off to prepare for another titanic clash with rival Queensland in the competition final on April 20.

Western Force Women narrowly missed out on a place in the final last weekend but confirmed their third place defeating the Brumbies 29-10 at the GIO Stadium in Canberra.

A scrappy first half with poor decision and handling errors on both sides ended with the home team 5-0 ahead though a sixth minute try from captain Shellie Milward.

The second half was an improvement with teenager Zakiya Kereopa pulling Force level followed by a double from Zion Taurima, both of which were converted, and topped off with a penalty from the boot of Tui Cope, giving Force holding a 22-5 lead by the 66th minute. 17-year-old Courtney Hodder then raced down the wing before weaving to the middle for a 60-metre run to the try line – her seventh for the tournament - to move the score out to 29-5.

In a last-ditch effort by the Brumbies, Milward ended as she had begun with a 75th minute try.