New Zealand have handed Black Ferns head coach Glenn Moore a contract extension to the end of 2021 and made his role full time. 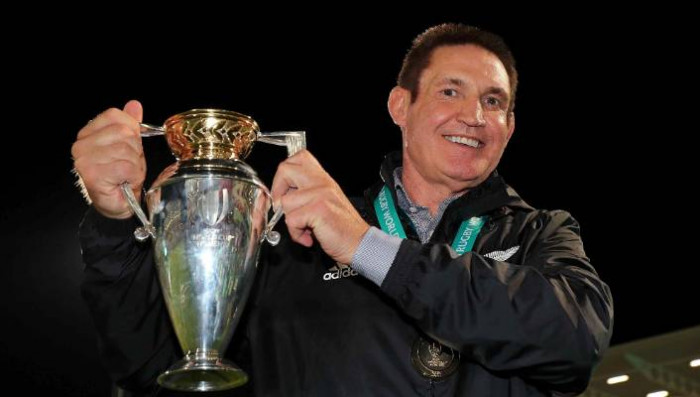 Surprisingly the role has never before been full time and Moore will be charged with leading the team through to the end of 2021, when the Women's Rugby World Cup will be held in New Zealand.

Moore was first appointed Head Coach of the Black Ferns at the end of 2015 and has an standout coaching record since, including a 2017 Rugby World Cup title and 23 wins from 26 matches.

He took up the Black Ferns role after a season as Assistant Coach for the Blues in Investec Super Rugby and has extensive coaching experience at provincial, and national level.

Later that year he was named New Zealand Rugby’s Coach of the Year and the Black Ferns were awarded Team of the Year.

“Glenn is a real champion for women’s rugby and is very invested in helping grow our talent pool. He brings a wealth of experience having coached at both Provincial Union and Super Rugby levels before he joined the Black Ferns.

“He’s been instrumental in developing the culture of the Black Ferns and steering the team into the semi-professional era. We’re really pleased to have Glenn on board as we navigate this new and exciting time for women’s rugby. He brings stability to our programme during a period of rapid growth and when we have a massive challenge ahead of us in hosting a Rugby World Cup.”

Moore said the next two years would be especially significant as he builds the team towards the 2021 Rugby World Cup.

“To play in a World Cup at home is special. We know as current world champions we have a target on our back and it’s an exciting time to be involved.

“Over the past couple of years there’s been massive growth in the top end of the women’s game. Our talent pool is deeper than it’s ever been so players are working hard to secure a black jersey and have a desire to get better. As a coach that’s exactly what you want.”

Moore said his new full-time role will allow him to spend more time with players outside of the team environment.

“It means I can help players improve their training and skills by providing feedback throughout the year. We’ll be able to prepare in a much more consistent way and take things a step up," he said.