NZ out of the blocks with Olympic selection

New Zealand have become the first side to confirm their 12-player Olympic squad. 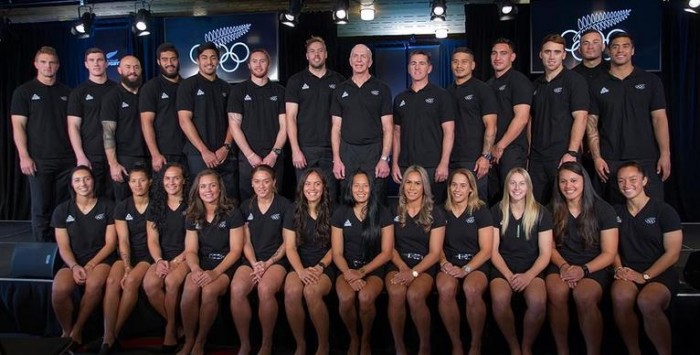 New Zealand’s squad includes key players who have struggled with injury over the last year including the highly influential duo of Kayla McAlister and Huriana Manuel, while players such as Honey Hireme, Michaela Blyde and Carla Hohepa will consider themselves unlucky to miss out in what surely must be one of the most fiercely competitive squads in the world.  Blyde at least is travelling as a reserve alongside Shiray Tane.

New Zealand have been drawn in Pool B and will play France, Kenya and Spain and go into the tournament having finished second on the Women's Sevens World Series.

“It’s a huge honour to not only be selected for the Olympic Games, but also to lead the team,” said New Zealand Olympic Women’s Rugby Sevens captain Sarah Goss.

“We have a great mix of really experienced and quality players. We all have our parts to play and we know what we have to do to perform to our best. We’re all really excited to be part of history and to contribute to the success of the New Zealand Olympic team.

“We know Rio is going to be really different and we’ve been working hard to ensure we are prepared for the unexpected. It’s all about being resilient and adaptable and if we do that, we know we’ll be on track to be successful.”

Coach Sean Horan said the players were very focused on performing to their best in what will be a new environment.

“We know it’s a big challenge, but we’ve trained hard. We have the ability, and the character to cope with all that may come our way and we’re very determined to build a legacy for rugby at the Olympics.”

“We know we have one of the first opportunities to win a medal for New Zealand so we’re determined to get the Games off to a great start and help our other team-mates.”