After over two years of no games, the World Champion New Zealand women's XV team have confirmed a raft of games later this year and will travel to Europe this Autumn to play England and France twice each. 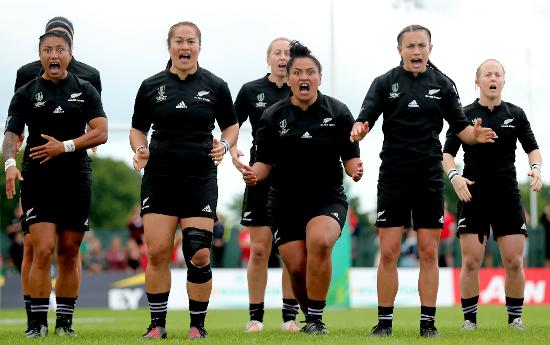 New Zealand are due play a two-Test series against Australia on September 26 and October 2 but those games are now in doubt in the wake of new Covid-19 travel restrictions and discussions are ongoing between the two unions.
The team is now confirmed however travel to play England and France later in the year.

New Zealand Rugby Head of Women’s Rugby Cate Sexton said locking in a northern tour has been a key focus for the Black Ferns, who will host the World Cup next year,

“In the lead up to next year’s World Cup we knew we needed to be playing some of the Six Nations teams, so confirming these fixtures is incredibly important. Coupled with the O’Reilly Cup and next year’s Elite Women’s XV competition, we are building a strong calendar of rugby for players to prepare for the World Cup,” said Sexton.

The Black Ferns last played France in a two-match series in 2018, the results split one-apiece. It will be the first back-to-back Tests against England since 2013.

“Due to Covid19, we haven’t played a Test match in two years. It’s crucial for us to have fixtures against other tier one teams and to do it on the road gives us the ability to bond as a group, grow connections, work on combinations and develop the game we want to play.”

England have also confirmed that they will play Canada and the USA in the Autumn,

England coach Simon Middleton said: “Any series of games where you get to pit yourselves against the top teams in the world is going to be great. We haven’t played any of these teams since the Super Series in 2019 and I thought the standard of rugby and the closeness of the games in that competition showed just how hugely competitive this series is likely to be. No team won all four games in that Super Series so to now be able to play against three of the top six ranked teams in the world is something to look forward to and a great opportunity.

“We haven’t played New Zealand in back-to-back matches since 2013. These games are always really intriguing, you have to react to what happened in the first, there’s a little bit of countering what one team does, it’s a bit of a chess game so that’ll be brilliant.

“All matches will give each team a marker of where they are and where they need to go in terms of World Cup preparations which is hugely important and exciting for all.

“It goes without saying that this series provides the perfect opportunity for individuals to display their World Cup credentials and stake an early claim for a place in what will be the most competitive squad selection we will have made since the 2017 World Cup.”

Match dates, kick-off times, venues, ticket and broadcast details are still to be confirmed for those games.

Canada and the USA will play each other twice in Colorada before they travel to Europe, and the Canadians are also due to play Wales.

*Venues, dates and kick off times for England fixtures tbc