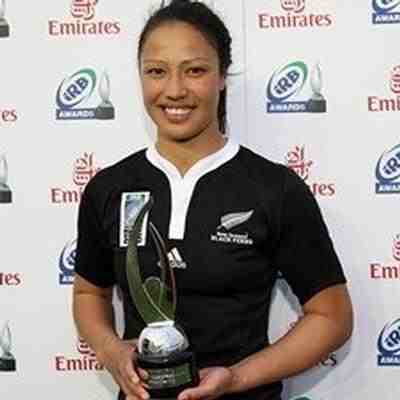 Former Black Fern Huriana Manuel will captain the side. She is joined in the squad by former Black Ferns Carla Hohepa (pictured) who is a former IRB Women's Personality of the Year winner, Lavinia Gould, and Linda Itunu.

The squad includes six players who triumphed in the Oceania tournament in Fiji in August and there are no players taking part in the tour to England named in the squad.

Coach Sean Horan said he was hugely excited about naming the first women's sevens squad to compete in Dubai, the first of four international tournaments on the new Women's Sevens World circuit.

"We have chosen a competitive squad that we know will continue to develop through the Series. To think that some of these women have not played any rugby before last year is incredible. They have shown real determination and dedication to their fitness and skills training to ensure real competition for these 12 spots," Horan said.

"I'm very pleased with the squad. This team is energetic and keen and we're looking forward to the first real test of how we compare with other countries outside the Pacific region," he said.