Six countries have entered seven teams into the Dubai Invitational 7s – two tournaments being played this weekend and next. 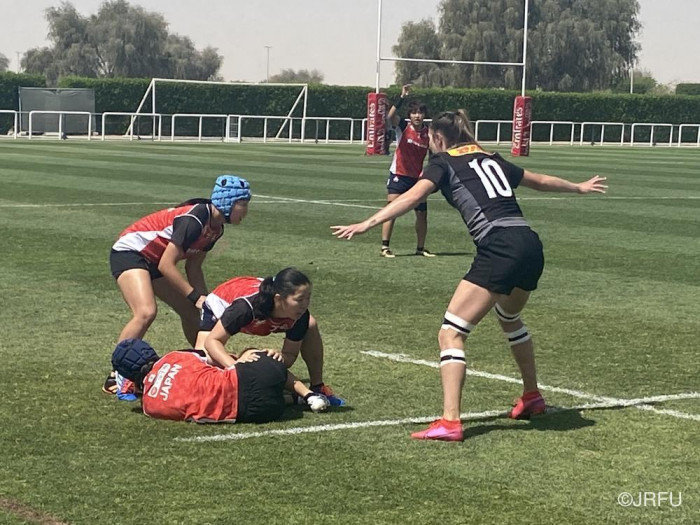 Japan took on Canada in a warm-up game today

Brazil, Canada, France, Japan, Kenya and the United States are in Dubai this weekend and next for the Dubai Invitational Sevens.

With news today that the two tournaments planned for Marcoussis next month have both been “postponed” this Olympic warm-up tournament takes on an extra importance as – apart from the Olympic qualifier - there is only one other sevens tournament currently scheduled (Los Angeles, 25-27 June).

At regional level, only Rugby Europe have said that they intend to run any tournaments, but as things stand no venues or dates have been announced for their European Grand Prix.

Most of the participants have sent large squads for the two weekends, especially France who have sent 24 players and will be dividing them into two teams this weekend. In addition, Canada have sent 20 players, and Japan and Kenya 16 each.

In an event like this the experience is perhaps more important than the results, though France will be wanting to improve on their performances in Madrid in February – and that may be why they decided, fairly late on, to enter two teams.

Kenya will also have been disappointed with the Madrid results, and if anything this is a step up from the largely European event in February..

The week will also be invaluable for Canada and Brazil to play competitively for the first time in over a year.

Unfortunately it appears that the tournament will not be streamed