Today we turn to the Pool C - with two real medal contenders, and two teams with World Series ambitions. 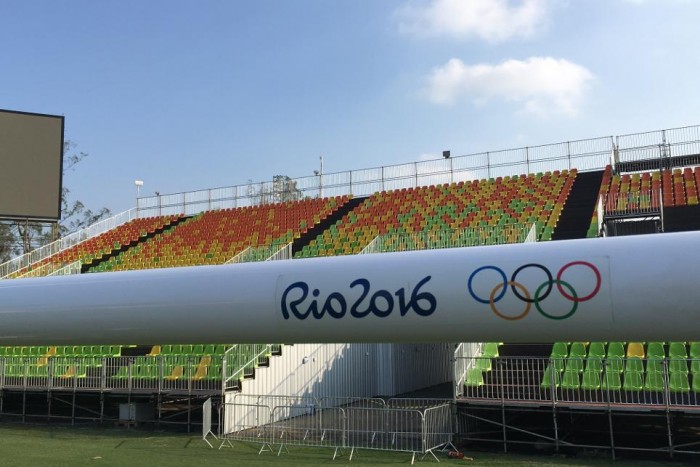 So close on so many occasions. Canada’s record is impressive, with a remarkable eight podium finishes in the 14 tournaments prior to Amsterdam last year. Too often they have found themselves trailing New Zealand and Australia both on the scoreboard and in the rankings - and indeed they finished third again behind the big two this season once the World Series points had been added up.

But two of the last six World Series tournaments have won by Canada, including Amsterdam last year and the last tournament of this year’s series in Clermont-Ferrand where their win over Australia in the final will have delivered a major boost to John Tait's side. Canada are finally proving to themselves, and the world, that when the pressure is on they can deliver.

Canada were one of the first nations to benefit from new investment in sevens with their centralisation and funding programme bringing them early success once the sevens game went global. For many years they were second to their great rivals, the United States, but over the past 4-5 years they have overtaken them at both forms of the game. While others have since been catching up, Canada have remained consistent as one of the world's top three sides with their major challenge proving to be how they take the next step to titles and trophies. That is again their challenge in Rio - they are capable of winning gold but Pool C gives them a trickier path to a final than their antipodean rivals

Leaving the 2014 World Player of the Year Magali Harvey out of their squad may have generated headlines, but Canada have a balanced and talented squad and Harvey's injury strewn season will not have helped. Either way, the ability to call on talents like Jen Kish, Ghislaine Landry and Karen Paquin, means that Canada will be extremely difficult to beat with huge experience added to out-and-out pace making them a favourite for a medal of some colour.

With just one non English player in the squad - Wales’ Jasmine Joyce - this Great Britain squad should be analysed in the context of England’s recent form and finishes. And the good news for Simon Middleton’s charges is that all signs are that Great Britain are in decent form.

After a forgettable World Series tournament in Sao Paulo where they finished only 7th, England impressively turned things around with three semi-finals in the remaining three tournaments, including a series win in Langford and a third-pace in Atlanta. A fourth place finish overall in the World Series was a reminder that alongside Canada, Australia and New Zealand, England are part of the elite quartet who are driving the standards and moving ahead of the chasing pack

The European Grand Prix in Kazan in June was a useful preparation chance for Middleton to mix his squad up, though in the end the third-placed Lions squad was very close to that finally selected for Rio. There were some impressive performances, but finishing behind France and losing to Russia was perhaps not the result hoped for.

The difference between Kazan and the last three World Series was Emily Scarratt, whose inspiring captaincy has been central to the team’s performances since Sao Paulo. It is illustrative that she missed Kazan (and the final games in Clermont) due to injury. Her fitness will be crucial to Great Britain's success

Five other members of England's Women's Rugby World Cup 2014 winning squad are involved and vying for a historic double. In addition, Joyce will added some additional pace to this squad, which is sometimes over-reliant on the brilliant finishing of Jo Watmore.  But Great Britain, like Canada, trail the experience and success of Australia and New Zealand and they will have to break this duopoly if they are to reach the final.

A squad packed with experience it is also packed with characters who have had rocky roads to reaching Rio - Heather Fisher and Nolli Waterman to name just two who have overcome serious injuries - and at the Olympics all of that counts when it comes to the desperation of winning medals.

The route to even to the semi-final stage is tougher from Pool C than the other pools. Topping the group with a win over Canada in the pool stage will give them up with confidence for the second and third day of the tournament, but will very probably still mean a difficult game against the United States. A loss to Canada will probably mean a last eight game against France, which would be seriously interesting as they know each other extremely well.

Great Britain are well capable of beating everyone. As England they defeated New Zealand and Australia earlier this year to take their only series title of the season in Langford. They entered the 2009 and 2013 World Cups with similar confidence, and fell at the quarter final stage in both cases, but this time their preparation has been meticulous, they could not want for a better support team, and they will be confident they can get everything right. Great Britain have set their sights on a gold medal. They should make at least the last four – after which anything is possible.

Asia’s premier team, Japan may have struggled on the global stage but they have shown glimpses of real potential. They showed what they are capable of in Clermont where if they could have kicked as well as the Canada there could have been a shock. They put into practice what they had learnt from the series, and training sessions against men’s teams, coming back from three tries to one down in the first half to score two tries in the second half – the first despite being a player down – and only lose out in the end 21-15 because Canada nailed their kicks and Japan didn’t. At this level there is no margin for error.

They then followed that with defeat to Kenya, which also illustrates they inconsistency.

Japan’s hopes at the Olympics do not lie with winning a medal this weekend but rather in the final rankings which will determine if they can win a place on the World Series again next year. For that, they are up against Brazil, Kenya and Colombia for a place in next year’s series with whoever is ranked highest of the four in Rio qualifying for the 11th core place.

Japan should be one favourites – but Keiko Asami’s side finished a disappointing and inconsistent 11th on the series last year, including that defeat to an understrength Kenya in the latter’s first and only World Series appearance. They'll surely view their clash with Brazil in the pool stages as pivotal as a win should put them up against the lowest ranked team from the pools, and therefore a place in the crucial Bowl final – or even the quarter finals if they can win well enough, and not lose by too large a margin to Canada and Great Britain (wins seem improbable). We suspect they will be the unlucky third place team, however, and play in the highest stakes bowl tournament ever.

The hosts may be South America’s leading team, but they will find the going tough in their own backyard this weekend.  Nonetheless, like Japan, they have the World Series as a prize in its own right to set their sights on and a quarter final place will be a realistic target, which in front of their home fans at the Deodoro Stadium, would be a memorable occasion.

Chris Neill’s team have been building their experience in a squad which will still remain centred around the talents of Edna Santini and Paula Ishibashi while Luiza Campos has been a real leader in recent times.  The centralisation of the squad has been a huge asset for Brazil with players coming from all over the country including from Rio Grande do Sul, Santa Catarina, Paraná, São Paulo, Rio de Janeiro and Pernambuco. And their experience has been starting to tell with wins in the past year or so over sides like China and Fiji showing what they can do on home soil - with both of those wins coming in São Paulo.

However, despite all of the resources, support and experience they have had as a core team, in everything but name, since 2012 they always seem to have been running to stay still. Those guest places will not continue in the future as World Rugby’s attention will move to Japan. Any future place in the Series will now have to be won on merit.

Brazil are capable of beating Japan, they can certainly beat Colombia, and on paper should be able to beat Kenya. They could win the bowl; they might even make the last eight.

Overall we are not so sure. As with all of the lower ranked teams they can produce a game a brilliance, but too often follow that with something more ordinary. Experience suggests that home “advantage” is a two-edged sword, and high expectations, the pressure to perform, followed by possible heavy defeats on day one to Canada and Great Britain on day one would be hard to recover from.