Our World Cup picks this weekend

We look ahead to round three of the World Cup, looking at the three games that will probably decide the quarter-final draw. 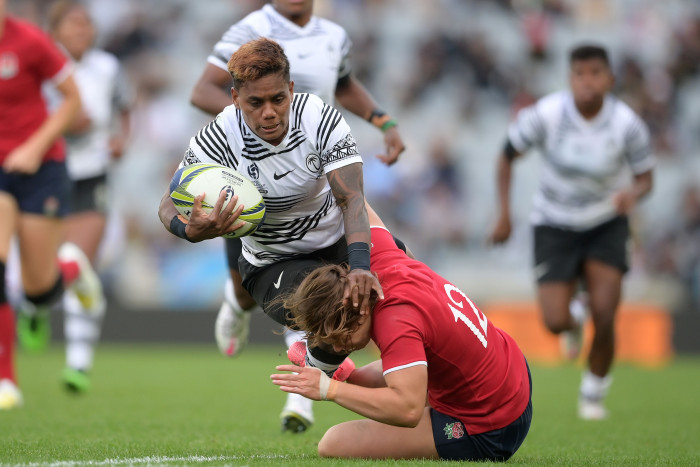 The current world rankings and their record so far in this tournament confirms that there is very little between these two teams. Both sneaked past Scotland by the narrowest of margins, and suffered a second half mauling by New Zealand (although Australia had a memorable first 40).

Looking at the likely quarter-finals the prize for the winner here will likely be a game against England (or possibly Canada), while the loser will probably meet New Zealand – so it will be tough whichever way it goes.

The teams have only met four times before, all in World Cups, with Australia winning on each occasion. The last meeting was back in the 2014 World Cup, when they met twice.

Australia were – understandably – pleased with their performance against Scotland with coach Jay Tregonning highlighting how important it had been to “get that confidence under our belt, and to work that hard to do it as well under adversity”.

“Wales will present a bit of a different picture”, she added, “but we’re looking forward to a challenge against another opponent that we haven’t played that often”

Full-back Lori Cramer highlighted that her team needed to work on “discipline and being able to be an 80-minute team and play to any conditions. Taking our chances and making better choices when we’re in different spots on the field.”

Wales coach Ioan Cunningham was also positive after the New Zealand game despite the one sided scoreline, saying that “The players gained a huge amount of experience and learnings. It gives us belief that we can go after sides like this, especially up front if we stick to our structures and show that belief, we can create opportunities against these teams.”

As for Australia: “What a week. This is why we play the game, we want to play these big games. We will be challenging the girls to dust themselves off quickly, recover quickly and get back on the horse getting ready for next week’s challenge which will be a tough one. They will be physical; they are a physical side that comes straight at you. It’s something we have to match next week. They have great athletes as well including the sevens girls who play with width.”

After their amazing win against South Africa, and three tries against England, it will be fascinating to see how Fiji get on against France. They are unlikely to win, but there is the massive prize of a quarter-final place if the Fijians can stay within seven points of Les Bleus.

But French coach Thomas Darracq was still positive after the England game, saying that “We couldn't be more pleased. It's really huge what the girls are producing”.

Fiji were clearly on cloud nine after their win against South Africa, but coach Senirusi Seruvakula recognises the challenge. “We talk about going into this Rugby World Cup to win matches and it is not going to get easier. Playing against England was tough, and we learnt a lot from that. Playing against South Africa today, to the last whistle, we won, and it is a big match again against France. If we want to play in the quarter-final, we will have to do everything right during training, stick to the process and everything will come right.”

Also on Saturday New Zealand play Scotland, with – after two agonising losses – Scotland now having to beat the Ferns to stand any chance of a quarter-final. New Zealand are resting some key players, but even so a Scottish win wold be one of the greatest surprises in World Cup history.

Canada sit on top of Pool B with two bonus point wins, and just need a win against their continental rivals to confirm a top seeding for the last eight.

Another bonus point win would likely see a repeat of this fixture in the quarter-finals, whereas if they win but miss the bonus a game against the winner of Australia v Wales would be the likely outcome.

A win by the United States would throw all quarter-final calculations out of the window, a large enough win potentially pushing France into England’s half of the draw.

However, recent results and tournament form so far suggest that the Canadians will take this game. They have won their last five tests against the USA and eight out of the last nine, scoring four or more tries in six of these eight wins, and winning by an average of 23 points. The Americans’ last win was in 2019 when the win by just 20-18.

Coach Kevin Rouet acknowledged that there would be more than the usual tournament points on the line for this game. “Against USA it can be quite emotional sometimes. We know them, they know us. I know that after the tough game against Japan and the loss against Italy they want to make some things on this game. It will be a huge fight against them. We are ready, but we know them, so it’s good.”

Also on Sunday Italy open Sunday’s fixtures with their game against Japan, also in Pool B. A USA win in the following game would give Italy a theoretical chance of winning the pool, but in practice Italy will be looking for a good win which should set a quarter-final against France.

England then round off the day, and the pool phase, which what should be a win against South Africa that will see them end as at least third seeds for the last eight, if not second (depending on Canada v USA).