Players hit out at IRFU's plans

The Irish Rugby Union have come under fire from current and former players for their decision to downgrade their XV women's head coach role to a part time "casual" position with the job only being offered for 6 months. Previous coach Tom Tierney  had a three year contract and was in a full time role. 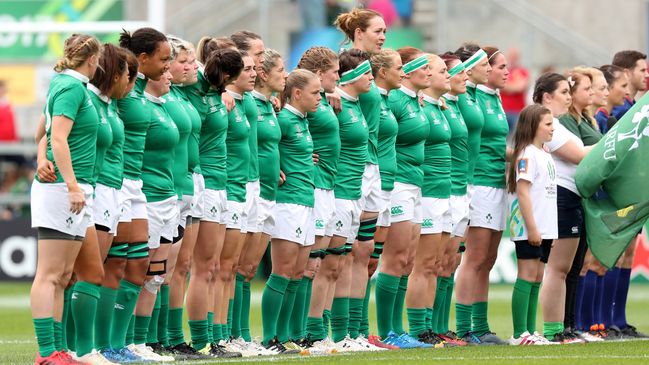 Current player Jenny Murphy has broken ranks and described the decision as "a kick in the teeth" for players adding on Twitter "so much progress made by other nations and we take 5 steps backwards."

Speaking to Scrumqueens today, former test player Fiona Steed, who is a regular pundit for the game in Ireland, added further criticism.

"This decision shows a lack of respect and vision and diminishes all of the progress that took years to achieve. I would be concerned as to whether this might cause senior players to question their future."

"We are hearing talk about putting structures below the international team and that is right but it is work that should have begun years ago. We desperately need to develop both our Interpro and Club structure where there are huge gains to be made. The Interpros remain untapped as an avenue for enabling top players to play with and against each other over a sustained period of time."

She added that there are also huge gains to be made from seeking to develop the XV game underneath the national senior side.

Ruth O'Reilly, the retired Irish player whose criticisms of the entire setup at the end of the World Cup generated a high profile in Ireland,  has also commented." I really wish the IRFU wouldn't prove me right yet again. There is nothing "part-time" or "casual" when wearing a green jersey"

There are growing concerns that the decision makes in the Irish game would rather focus their efforts for the women's game in 7s.

The IRFU have not replied to Scrumqueens despite our attempts to understand the strategy behind this as well as the decision not to organise any test games this Autumn, but they have issued statements to the Irish media telling RTE:

"The decision to return the coaching role to a part-time basis follows feedback from coaches the IRFU has spoken with, and a further decision on the nature of this role will be completed post the 2018 Six Nations."

Ireland won the 2013 Six Nations Grand Slam and the Championship in 2015 and made the semi-finals of the 2014 Women’s Rugby World Cup.