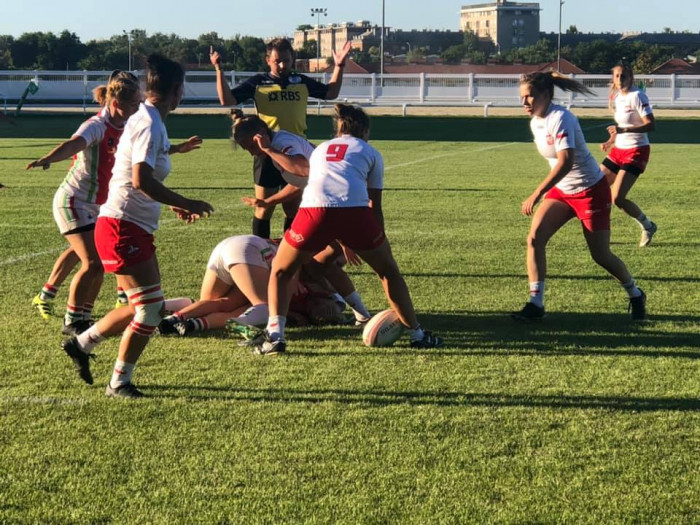 After almost exact six months since the COVID-19 virus caused the shutdown of international sevens rugby at 10:40 (Central European Time) Hungary and Poland’s U18 teams took the field at the Budapest Rugby Centre to mark the game’s return.

Hungary and Poland were competing in a best of three series for the U18 title, while Hungary, Slovakia and Poland Development played in the senior competition.

Poland (whose senior team should have been competing in the Grand Prix this summer) were the clear favourites in both events but were surprised by their hosts in the opening U18 game, the Hungarians scoring in the final minute to win 17-15 – their U18s first win against Poland.

However, Poland came back to win the next two games 48-0 and 36-0 to retain their U18 Central European Cup title.

In the afternoon Hungary, Slovakia and Poland Development played a double round-robin. The Poles were too strong in the first round of games, opening with a 51-0 win over Slovakia following by a 32-5 win against Hungary. The second round ended with similar scores – 36-0 and 34-5.

Hungary took the runners-up spot with 33-0 and 17-5 wins against Slovakia.