Australia ran out winners against Japan - but the Asian champions gave them a lot to think about while Ireland crashed out of their home World Cup with a desperately disappointing performance against a quite brilliant French side. 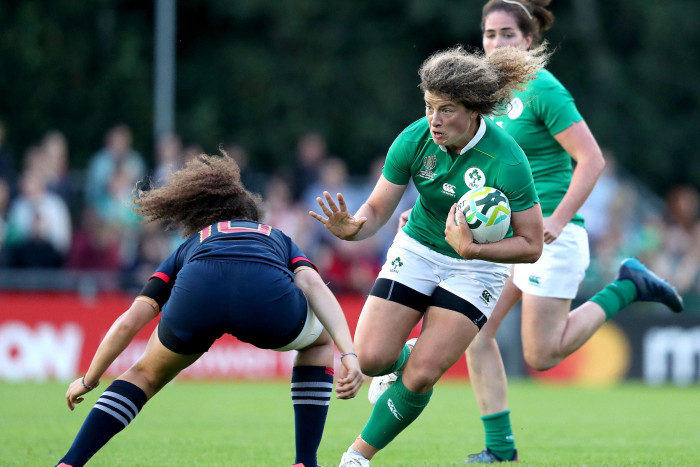 Ireland crashed out of their home World Cup with a desperately disappointing performance against a quite brilliant French side.

The England v France semi-final promises to be one of the most anticipated test games in years, as the free flowing French take on the favourites.

Ireland’s lacklustre campaign so far continued as the game kicked off as they were on the back foot almost immediately.

France scored after just two minutes when the brilliant flanker Romane Menager crashed over after a stunning start, where France showcased their offloading skills at high pace.

Centre Caroline Ladagnous then grabbed a brace as France rocked Ireland’s defence with Safi N’Diaye, Julie Duval and Menager all involved in a brilliant blur of pace and power.

With Shannon Izar and Montserrat Amédée slotting the kicks, France were suddenly out to 21-0 and pulling a shocked Irish side ragged.

Asides from centre Jenny Murphy, Ireland’s defence was porous, with too many first up tackles missed and in attack, although they had bursts possession, they could do little to challenge the brilliance of the French defence, with their one out runners proving easy pickings for the blue rearguard.

Ireland started the second half much better, with Ciara Griffin and Lindsay Peat carrying hard enough to get them just a metre out.

When Lénaig Corson was sent to the bin, Ireland had a great chance with a 5 metre scrum but France showed their prowess at the set piece by forcing the turnover and booting clear.

As Ireland finally began to get a foothold, the French defence was properly tested, but their tackling was superb and even with Peat getting more and more involved, the hosts persisted with one-out rugby making it easy for France to defend the lack of variety in front of them.

Ireland had chances. Alison Millar came close, Peat and Cliodhna Moloney charged a metre out, but it was all too obvious and France were easily able to counter.

Ireland salvaged something in the final play with Moloney powering over, but it was far too little too late.

That this was going to be a highly competitive match was shown from the very start when Japan nearly went ahead in the opening minutes, Riho Kurogi nearly breaking through the Australian line before the scamble defence brought her to ground!

But it was Australia who finally got the scoreboard moving on 17 minutes, when, after a ong period hammering on the door, frustrated by some great defence from Japan, Samantha Treherne scored out wide. Entering the final 10 minutes of the half Grace Hamilton doubled the lead, with Trehene converting, and from what seemed to be the end of the half Mahalia Murphy added a third, 19-0.

But then Australia’s inexperience told. With the clock past 40 minutes, and defending their own line, instead of kicking the ball dead, a Crossfield kick was attempted. Japan recovered the ball, and then went through 25 phases to score a try and go in 19-5.

Australia tried to extend their lead at the start of the second half, but Japan kept them out and from their first break narrowed the lead still more Riho Kurogi breaking away to score. When Takano drove over after another disciplined attack, and a dozen phases, Japan had pulled the score back to 19-15 – if they had possessed even an average kicker they would have been ahead.

However, Australia regrouped, used the bench well, and turned the game around. Two more tries from Treherne and Australia ran out 29-15 winners, winning a place in the 5th place series. But Japan gave them quite a scare.