On 14th May 1995 Portugal’s last foray into test rugby ended as soon as it began with a 50-0 defeat in Heidelberg against Germany. Today, 27 years later, they finally got a chance to turn that around. And they took it. 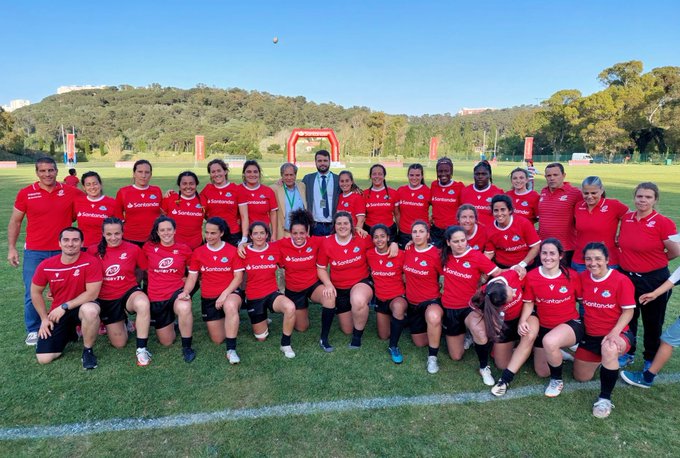 Portugal took advantage of a nervous looking Germany with a try in the first two minutes. Portugal dominated possession and territory with Germany finding it hard to clear their lines by defended well until in the 16th minute Portugal scored their second try from Ines Spinola and in the 21st minute, after a pick & go, Joana Bordilo added the third taking the score to 19-0.

Portugal added a fourth try in the 28th minute, again through Ines Spinola before Germany finally broke into their half, but a kick ahead was over-hit and soon Portugal were on the attack again.

At the end of the half Spinola kicked the ball ahead for Portugal into the German in-goal area resulting in a footrace won by the German defender who missed the ball, allow the Portuguese player to throw herself on the ball for a fifth try and a 31-0 lead at the break.

The second half followed the same pattern with Portugal on top. In the 49th minute after a period of pressure Marta Magalhaes finally broke through for the sixth try. Seven minutes later Isabel Spinola added a seventh, makig the score 43-0.

With the benches coming into use the next ten minutes were more even but in the another try took Portugal to a 50-0 lead – matching the score in Heidelberg n 1995. Finally in the 78th minute, Beatriz Rodrigues scored the final try to end the game 57-0.