England's top domestic league is back this weekend with a new title sponsor and new rules to help reduce the risk of Covid-19. 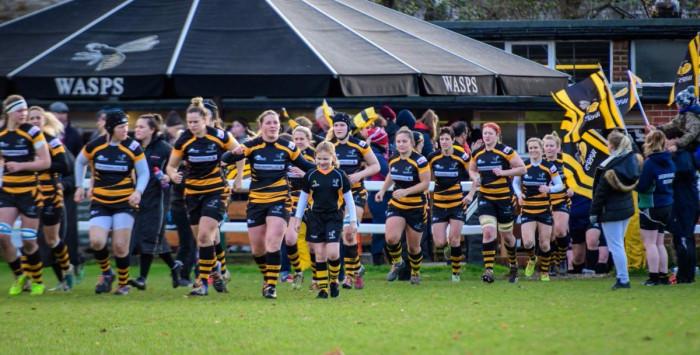 Insurance firm Allianz have come on board as title sponsors in a major boost to the league, which returns this weekend under novel adapted laws introduced to minimise risk in the absence of regular testing for players.

The new rules aim to reduce in game face-to-face contact and come after the RFU say they undertook a detailed risk analysis which demonstrated that compared to the Men’s game there was a higher frequency of scrums, but a lower frequency of high or smother tackles.

The players who have an England fulltime contract will continue to undergo regular testing but the league's restart will hardly be without its risk given the number of amateur players - estimated at around 372 of 400 - as well as students involved and the number of teams who will travel from parts of England where the virus is prevalent in higher numbers.

The Sale Sharks women train in the same facility as that used by the men's team for example, which has just experienced a significant Covid-19 outbreak.

In France, where their top league has been restarted, a quarter of the first four rounds of games in Elite 1 have been called off due to positive tests - Parisian club Bobigny being worst hit with three of their first four games postponed. French players have to isolate and immediately test any player showing any symptoms and to begin with the entire squad was isolated pending test results, but that policy has been relaxed since.

A positive test is then referred to the relevant Regional Health Authority and, depending on that region's policy, anyone in contact with that player is also tested and the club can be asked to suspend all activity.

This happened most recently with Jessy Tremouliere's club Romagnat where a player tested positive after a game against Rennes on 20th September. That resulted in testing for the rest of the squad, resulting in 16 further positive tests on the 22nd. All activity at the club is currently suspended, and last weekend's game was postponed. The club nonetheless hope to play next weekend in what will be the last round of games until after the autumn internationals.

The challenge in France - and what may become a problem in England - is the fixture backlog that these postponements cause. The French have to try to fit all of their planned games in before the end of December when the first phase of the championship is due to end.

Transmission risk is also reduced through a prescriptive approach to training practices and an 80% reduction in face-to-face contact as a result of law variations including: