Premiership race going to the wire

Julie Craig looks ahead to the final rounds of the English Women's Premiership. 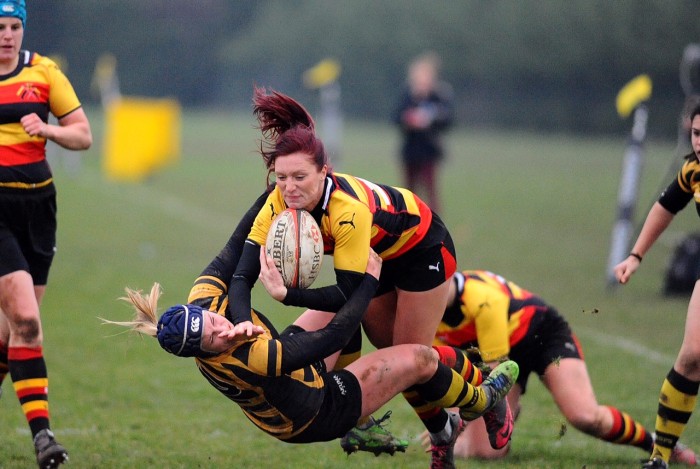 With one round of matches left to play on January 19th, Saracens are sitting pretty at the top of the table.

They lead the way on 57 points with Richmond four points behind, but that is not the full story.

Richmond have a game in hand against Bristol, who they beat in the home match, but didn’t secure the try bonus point. Saracens also have to play Bristol away - they managed a draw against them in their home fixture.

Saracens and Richmond have provided incredible entertainment for the Premiership fans this season and it is fitting that it will come down to the final match to decide the winners. Both clubs have some fantastic young talent coming through their ranks to support the established stars. Names to watch out for include Saracen’s Leanne Riley and Georgia Peedle, and Richmond’s Hannah Field and American import Molly Kinsella. All 4 promise to have bright futures in the game.

Bristol have secured third place and will be looking to improve that next season. They were challenging the top two early in the season, but loses to Richmond and DMP Sharks put an end to their title ambitions. With a strong squad of English and Welsh players they will continue to be a side to watch.

There are only two points between 4th and 5th place with Worcester on 33 points and DMP Sharks on 31. Worcester have the easier fixture left, facing Aylesford at home while DMP Sharks are away to Richmond.

Both teams have had tough seasons with Worcester losing several players to injury and working hard to bring through new players to fill the gaps. DMP Sharks have the toughest job in the league as the side with the most travelling to do and will be happy with their fifth place after a couple of season finishing seventh. With new England 7s player Megan Ellery showing the talent available to them, they are a side who are definitely on the up.

Wasps and Lichfield face each other in the final round with the winner securing sixth place. Wasps are currently on 16 points. Their season hasn’t gone to plan and they will be disappointed to have lost several close games. New recruit Marlie Packer has been exciting to watch and the backline that includes Hannah Edwards, Tina Lee and Michaela Staniford has looked dangerous at times.

Lichfield have had a similar season, playing some incredible rugby, but ending up without the wins they may feel they deserved.  Injuries to key players Sarah Hunter, Natasha Hunt and Emily Scarratt have hampered their title ambitions but they will hope to be back to full strength next season.

At the bottom of the table Aylesford can be proud of the fact they are the first promoted side to win a game in several years in their first season. The jump from Championship to Premiership is one that few teams have managed successfully and Aylesford have another season to build on what they have achieved already with relegation suspended for a year due to the World Cup.

Good luck to all involved in the final matches and to those players who will go on to represent their country at the 6 Nations and the World Cup.