Preorder the book written by our founder Ali Donnelly 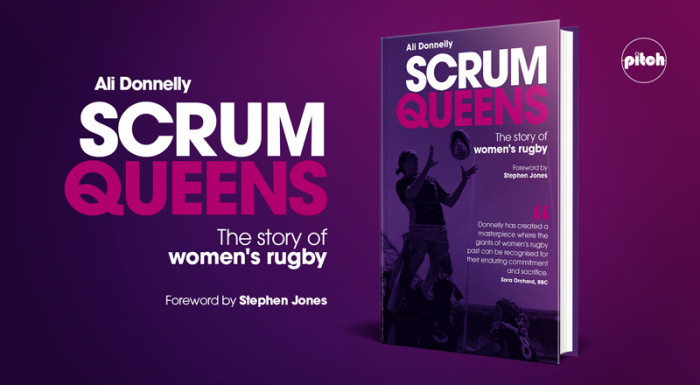 Scrum Queens: The Story of Women's Rugby charts the fascinating journey of women’s rugby, from widespread social disapproval to the modern era of Olympic recognition and professionalism.

Along the way, the book takes in all the major moments in the history of the women’s game, from groundbreaking games during the war, to the first World Cup in 1991 and a momentous first appearance for women’s rugby at the 2016 Olympics.

There are stories of the pioneers who fought to get the game played in its earliest days, like New Zealand’s Nita Webbe and France’s Henry Fléchon, while the more modern-day drivers of the game, like England’s Carol Isherwood, also feature.

Scrum Queens celebrates the success and heroics of the sport’s top players and teams, with New Zealand’s dominance of the game at every level alongside their long-time rivalry with England explored, along with the more recent successes of teams such as Ireland and Fiji, and the rise of the sevens game and its impact on women’s rugby.

You can preorder the book here