Pressure is mounting Ireland women's Director of Rugby Anthony Eddy following comments he made to the media earlier this week. 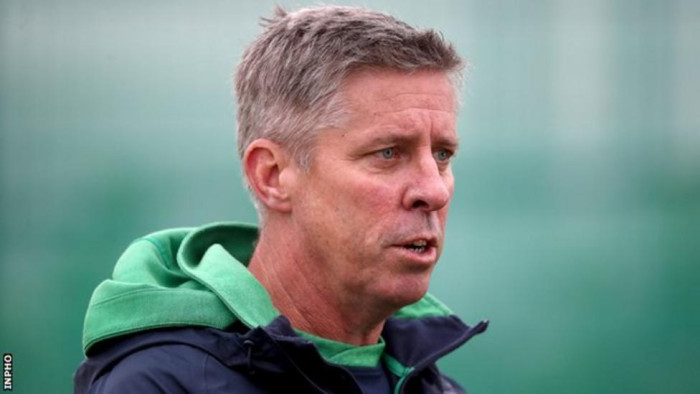 Eddy gave interviews to Irish media earlier this week which appeared to point the finger of blame solely at the Irish players after their failure to qualify for the World Cup.

He also refused to take responsibility for the missed targets in the Irish women's programme - which he oversees - which included qualifying for the Olympics.

Ireland hooker Cliodhna Moloney was first to voice her displeasure at what he had to say, while now up to 10 players have backed her. Moloney recieved a call from Eddy's boss David Nucifora after her tweet, taking her to task on using social media to air her views.

Irish captain Ciara Griffin spoke to media on the eve of their test against the USA,  confirming her support for Moloney and adding that she had her teammates had been disappointed by the comments.

“People have their comments, that’s fine. That’s what the review is for. We can put our feedback into that and we’re going to trust the review process.

“Anthony has addressed me in terms of that he apologised in case people took offence to his comments, but the comments were made. We now need to focus on the game at hand, then give our opinions in the review process.”

“This whole team back Cliodhna and have her back. She is not alone. It’s really important that we get that across – that this group is very close-knit, it’s very tight, and we have Cliodhna’s back.

“We want to focus on this game as well but we have Cliodhna’s back and we support her. She’s very passionate about this game, we all are. We all want what’s best and to put our best foot forward. Cliodhna is not alone here, we all have her back.”

She denied there was any issues amongst the players.

“No, definitely not. There is no split in camp. It hasn’t really caused disruption because we have an international game in just over 24 hours, first game in the RDS, and it definitely hasn’t caused a split in camp.

She also diplomatically dodged the direct question as to whether she had faith in Eddy’s position as director of women’s rugby.

“We have to trust the process of this review and we put all our thoughts and opinions into this review,” said Griffin.