Counties Manukau will be looking to avenge last year's Farah Palmer Cup Final (NPC) loss against Canterbury while Wellington and Otago are seeking promotion from the second tier. 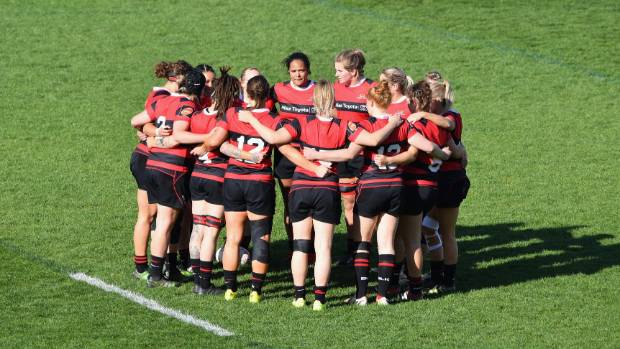 The season kicked off last month and produced a number of upsets in Week 1, setting the tone for what was to be an exciting six-week season.

Defending champions Canterbury started their campaign was a 55-5 victory over Bay of Plenty and barring their narrow loss to Wellington in Week 2, have been in convincing form.

They already have silverware confirmed for the summer, going undefeated at home  to secure the JJ Stewart Trophy for another year.

Earning home advantage for the Final, Canterbury host Counties Manukau who tipped Waikato in the semifinals last weekend.  It’s a repeat Final from last yearand the latter will be looking to overturn last year’s 13-7 loss at Pukekohe’s Navigation Homes Stadium.

Counties Manukau last won the Farah Palmer Cup in 2016, a first ever title win that released Auckland’s strangehold on the competition.

When the teams met this season, Canterbury secured a 39-22 victory.

Former Black Fern and Canterbury captain Stephanie Te Ohaere-Fox is one of the most experienced players in the competition and has played in every one of Canterbury’s seven Finals appearances.

Counties Manukau have experience in the form of flanker Justine Lavea who has played more than 100 provincial matches while the team is captained by halfback Arihiana Marino-Tauhinu.

Her battle with Canterbury and Black Fern halfback Kendra Cocksedge will be one of many intriguing battles on Saturday afternoon.

Wairarapa Bush’s Rebecca Mahoney has been given the nod to officiate the Final, it is the third time she will be in the middle for the Premiership decider. She will be supported by assistant referees Maggie Cogger-Orr and Monique Dalley.

Wellington host Otago in the Championship Final with the winner earning promotion to the 2019 Premiership.

The home team have not lost since Week 1 of the competition and their dominance in the Championship was rewarded on Tuesday with five players selected into the Black Ferns for the end of season tour.

Otago return to Championship Final for the second year in a row and they too will be buoyed by the BlackFerns announcement with young back Kilisitina Moata’ane gaining selection for the first time.

The teams went head to head in week 3, with Wellington winning 38-10.

Brittany Andrew will referee the Championship Final, along with assistant referees Lauren Jenner and Larissa Collingwood.