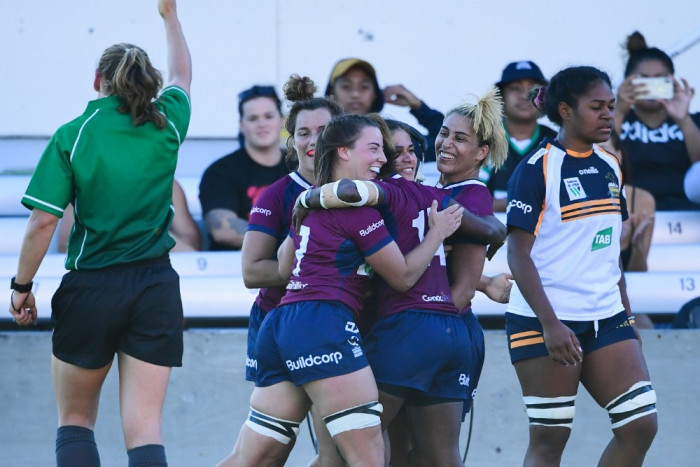 Queensland will again challenge NSW in the final of the Super W, but while the final positions in the regular season ended a replica of 2018 Queensland’s final spot was perhaps harder earned this time, with the Brumbies dominating the opening exchanges before running out of steam as Queensland ran in three late tries.

The Brumbies also had lost two of their best players, with forward Tayla Stanford stretchered off the field midway through the first half and captain Shellie Milward taken from the ground in the 72nd minute following challenge from Queensland’s Ana Fotu that earned the latter a yellow card.

“It’s exciting that we’re there and a relief because I’d say that first half there were too many errors and leading into next week we’ve got to really minimise those to even half to even try to compete with NSW," Virtue said.  “But the Brumbies were awesome in that first half.  They had nothing to lose. They flew all the way to WA and then they flew all the way here and you don’t go that far to just give up."

While Queensland captain Kiri Lingman claimed the win was Queensland’s most complete 80-minute performance, Virtue was a harder marker on her team.

“I don’t know what game she was watching,” Virtue said. “That first half was painful to watch. It was good in the second half though, we did string some phases together."

Queensland put themselves under pressure at the start with handling errors and poor kicks, but outstanding defensive work by centre Alysia Lefau-Fakaosilea, lock Millie Boyle and fullback Lori Cramer ensure that Brumbies could not take advantage.

Queensland weathered the storm to take a 12-0 lead before a try from Brumbies’ Biola Dawa just before the break clawed the game back to 12-7.

But Queensland dominated the second half to take the win, with four tries, despite also conceding two yellow cards to win 39-10.