Two tournaments on opposite sides of the world this weekend kick off the race for places at the 2020 Tokyo Olympic Games. 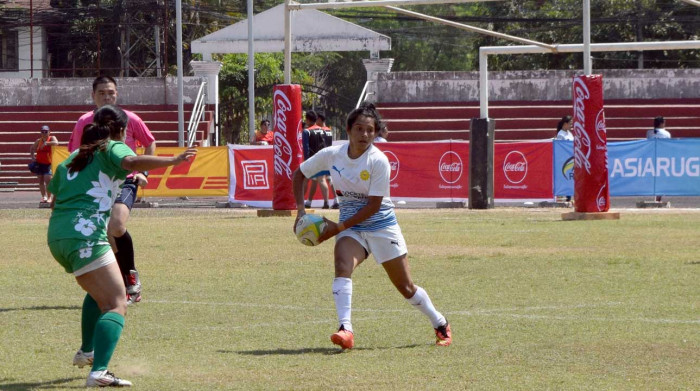 At the Pangan Club in Brunei 10 countries will be competing in the Asian Trophy, with the prize of a place at the top table of Asian sevens in Olympic qualifying year next year. In essence, therefore, this is in effect a qualifier for a qualifier and will almost certainly end the Olympic hopes of nine nations.

Uzbekistan won this tournament at the same stage four years ago but later failed to take up their qualifier place, presumably for financial reasons. Nonetheless they are back again in Pool B which also includes both India and Pakistan, which will result in a game which has the potential to make headlines in both countries, as any sporting meeting between these two rivals always does. Nepal joins them, making this a sub-continent heavy pool, but the favourites in this pool at least will probably be the Philippines, though India have sprung major surprises in the past.

Pool A features the hosts, Brunei, who have the least international experience of all of the countries taking part, alongside Laos, Guam, Malaysia and Indonesia, a grouping where the small Pacific island of Guam would seem to be the strongest team, though Malaysia have also played at a higher level in the past. The tournament will be live streamed.

Meanwhile on the other side of the world, with slightly more fanfare and razzmatazz, the World Series kicks off on Glendale, Colorado - now back in the positives as far as daytime temperatures are concerned after last weekend's snow storm - where 11 teams (plus guests Mexico) start this year's six round series which offers four places in the Olympics to the top four teams.

World Series squads are being published later and later, so it is difficult to gauge the precise strength of the teams.

However Pool A features Australia, who should be far too strong for Mexico, but also Russia and Spain, both of whom have upset Australia in the past. Nonetheless the champions look pretty safe, and the key battle will be Spain against Russia – a match up that could become more and more significant in a few months’ time as the battle for a European and repecharge places at the Games develops.

Pool B is headed by New Zealand, but the main questions here will be whether China can live up to their promise from their last appearance in the series, and whether England can find the form that has been lacking in previous series. Effectively England are representing Great Britain in this series, and four years ago they qualified for Rio directly as one of the top four teams. They will need to dramatically improve on the last two series to repeat that – and their big battle here will be against the hosts, the United States.

Pool C is headed by Canada, who seemed to fall off the pace a little at the end of last season and will need to refind their form if the 2016 bronze medallists are to hope to appear on the rostrum again. Here they meet France, who have effectively replaced them as third in the world after a wonderful 2018 that peaked with a place in the World Cup final. Up against them are Fiji, who disappointed last season but have the potential to challenge for the top places, and Ireland who moved ahead of England in European rankings over 2018 and will be aiming to go further.

A lot of questions will be answered in Glendale where – because it is the opening round - a poor start can be hard to recover from as the ranking will be reflected in the draw for round two in Dubai.