There is currently no test rugby in the Caribbean and central America, but Rugby Americas North now runs a regional 10s tournament. 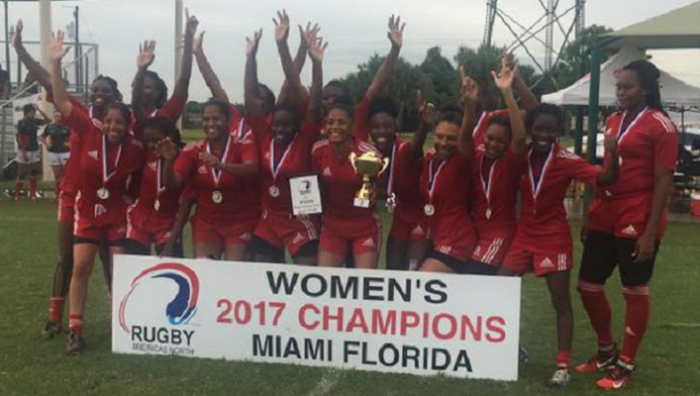 Between 2003 and 2011 the Caribbean had a near-annual test championship. Trinidad & Tobago, Guyana, Jamaica and the Cayman Islands were regular participants, with teams from Barbados and St Vincent also taking part at least once.

However, the rise of sevens, the cost of inter-island travel and the isolation of the region from the of the test playing world (no island team has ever played a test match against opposition from outside the region) all contributed to a decline in the format, and the 2011 tournament – won by Trinidad & Tobago (winners of every tournament apart from 2006 and 2010) – was the last.

Following the formation of Rugby Americas North there has been some attempts to revive the format, using 10s as a stepping stone.

The first two rounds of pool games (10 minute halves) took place on the first day, with USA South winning both of their matches 17-7 over both Trinidad and Jamaica. Mexico also began well with a 14-7 win over Jamaica, but were then, ultimately crucially, well-beaten 20-7 by Trinidad.

On day two Trinidad began with 10-5 win over Jamaica. With two wins and the benefit of their big win over Mexico they were through to the final, and Mexico would join them if they beat USA South by 14 points or more.

Mexico were winning 7-5 – and then, with over 7 minutes of the second half remaining, the rains came, and more important, the lightning. The game was abandoned with the score standing.

Having missed out on the final, Mexico might have been expected to win the third-place playoff with Jamaica – but lost 12-5.

The final therefore repeated the opening game. Trinidad had lead that game 7-0 at halftime, but USA South had dominated the second half. This time Trinidad did not make the same mistake, running out clear winners by 15-0.