Return to rugby in the Top 10 nations

With under a year to go to the start of the World Cup, the Covid-19 virus continues to have a major impact on rugby in the world's top 10 ranked women's nations. 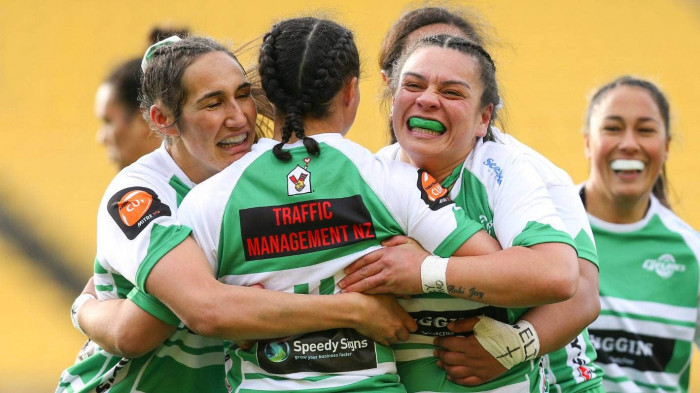 Domestic rugby has only returned to near normal in three of the top 10 ranked nations with the World Cup under a year away.

Only the elite leagues in New Zealand and France have kicked off, and club rugby has also begun in Australia. However in just as many nations - including Spain, the USA and Canada - there is no prospect of any club rugby now before 2021.

Looking further afield, with the exception of one match, only European national teams look like playing any international rugby in 2020.

Six of the nine teams already qualified for the World Cup currently have no text matches in their calendars at all.

Outside Europe the only test match still expected to take place is Samoa's match against Tonga to decide one of the four places in the World Cup repechage event. The match is still due to take place in New Zealand in November, despite the rest of the Oceania Championship being cancelled.

Despite the asbence of club rugby, it means European teams will likely have a considerable amount more test rugby under the belts leading into the World Cup, though the relaxing in restrictions next year may well see a spate of tests organised in the summer.

Picture of the Top 10

Provincial rugby is in full swing in New Zealand, with the Dr Farah Palmer Cup heading into its fourth week.  Canterbury have continued fine form with an 85-10 win over Otago at the weekend to retain the JJ Stewart Trophy. Many of this year’s games have been broadcast live on Sky Sports as well as streamed and a number of New Zealand’s top 7s players are involved in the competition, given the absence of any World Series action. News last week emerged that the Black Ferns preparation for the World Cup would be seriously hampered with their entire 2020 test schedule wiped out. Their proposed series with Australia was called off and replaced instead with trial and invitational games – hardly the ideal preparation with not a single test in 2020 going into a World Cup year as world champions and hosts.

England’s leading players are back training, though still within an adapted regime. The England squad plus the 10 clubs in the Premier 15s are at what the RFU call ‘Stage 2’ which means that face to face exposure is limited and social distancing is in place for warm-ups, limited time spent on set pieces and regular breaks and sanitising. Team meetings cannot take place indoors. The top league, the Premier 15s, is expected to begin next month though no other women's club rugby will take place in 2020, it was announced this week.  The England 7s programme has been massively disrupted by the pandemic with the cash-strapped RFU cancelling contracts. The players are currently continuing to train and are seeking funding from donors and the private sector to enable them to train fulltime in the lead up to the Olympics.

The Canadian club season, which normally takes place between May and September, was totally wiped out by the pandemic along with the college season which would usually take place from September. It looks likely now that there will be no club women’s rugby in Canada until 2021 with the national team not playing a single test match in 2020. To counter the lack of rugby, a number of leading players from Quebec have headed to five clubs in France, in a programme led by Francois Ratier, the former national coach and general manager of Rugby Quebec.

The French club leagues began as planned on 2nd September, and national squad training is also taking place as normal. Initially the FFR were demanding that whole squads isolate following confirmed cases of COVID, but after two weeks – when five had been postponed - this was relaxed. Nonetheless a sixth game was postponed in week three. Three of the 16 teams have only played one game so far. As well as their remaining Six Nations games, France have also arranged home and away tests against England this Autumn.

The Italian national team are back in training for their series of games against Ireland, England and Scotland which start next month. Italy were hard hit back in March when the pandemic hit and as a result have one of the busiest Autumn test schedule with further World Cup qualifying games in December. Italy’s domestic elite league - Serie A - is due to start on 15th November alongside Italy's national team and their three remaining Six Nations games, the last of which against Scotland will double as the first match in World Cup qualification programme.

Club and 7s Rugby resumed across Australia a few months ago with the exception of the State of Victoria. Club XVs finals are played at the end of October with specific dates dependent on State/Territory. The Australian 7s squad will resume training on a full- time basis from 1 October 2020. There are also High-Performance focused State based Sevens development camps and tournaments taking place throughout the remainder of the year. A Wallaroos  squad of 45 is currently active, training in state-based groups on a weekly basis but full training is not possible due to border restrictions within Australia. Rugby AU also tell us they are finalising domestic plans for November to provide the Wallaroos squad with high quality training and match opportunities to replace Test matches which cannot go ahead this year due to COVID-19 restrictions. The union also planning a training camp for the Wallaroos in December when they hope that many of the State/Territory border restrictions have been lifted. The loss of three leading sevens players - who could all have been in the frame for World Cup spots - to rugby league (whose competitions appear to still be going ahead) will be a blow.

While club rugby is unlikely to restart before 2021, the USA women’s national team will be training in mini camps to be held throughout November. The news will be particularly welcome by the national team coaches, with many US players not having any competitive rugby for over a year. Three leading US players including captain Kate Zachary will be playing in England this season, having signed contracts with the Exeter Chiefs.

Club rugby for Ireland top women’s teams is set to resume at the end of October via the Energia women’s community series with a local conference structure where teams will play locally against others in their province. The Irish women’s team is back training in a group of 34 ahead of the remaining games in the Six Nations starting in October and beyond to December’s World Cup qualifiers. Ireland play Italy before travelling to play France next month while the Rugby World Cup 2021 European Qualifiers are scheduled to be played as a single round-robin tournament on the weekends of 5th, 12th and 19th December.

The Welsh women’s team are back in training to prepare for their rearranged Six Nations match at the end of October against Scotland with Darren Edwards confirmed as interim lead coach. There is club training taking place in Wales at the moment but no timeline for a return to competitive club action. Many of Wales leading players will be playing in England’s Premier 15s in any case next season with eight alone coming from Britsol Bears including captain Siwan Lillicrap as well as Alisha Butchers, Manon Johnes, Natalia John, Caryl Thomas,  Keira Bevan, Elinor Snowsill, Jasmine Joyce, Kayleigh Powell, Lauren Smyth and Courtney Keight.

Club rugby’s return had been planned for November but a restart is now not on the horizon in a country which has been very hard hit by the pandemic. Nonetheless the national team is back in training, preparing for the remaining 2020 European Championships in October which had been due to happen in April. Spain are playing Russia and the Netherlands, and both games are due to take place in Spain. Spain need to win the competition to take a spot in December’s planned World Cup qualifiers.