The rise and fall of Argentine XVs

When you speak about Latin American Rugby the first thing that comes out of peoples lips is Argentina, and the more knowledgeable mention Uruguay and Chile. So to the outsider the biggest anomaly - in women's World Cup year - is the absence of Argentina from test rugby. 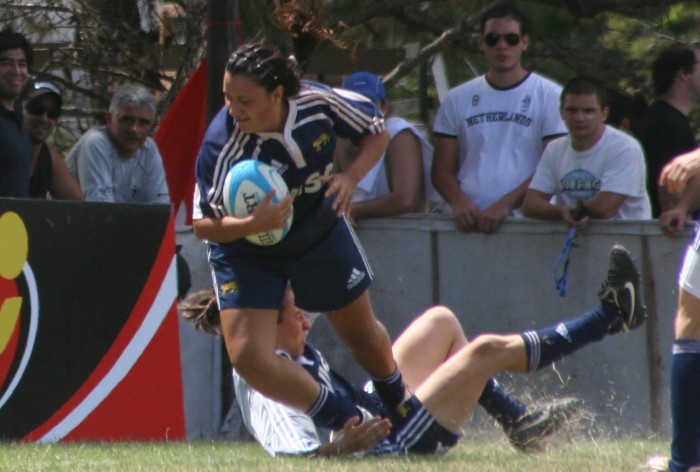 Rugby was first played in Argentina in 1873 and so by now it would have been expected that they would have been represented by now at one or more of the previous six women's world cups. That they have not is an indictment on how the women’s game has been run by the UAR and how seriously it has been taken.

Argentina is still the leading men’s power in South America (for how long it remains to be seen), For years they have been beating their drum about joining the Southern Hemisphere Nations tournament (now called the Four Nations) and Super Rugby and everyone assumed an age of professionalism would arrive.

The problem is that there is still this old mindset about amateurism, and grassroots rugby and big strong clubs are reluctant to embrace professional rugby (imagine Cardiff, Wasps or Toulon still amateurs in Heineken cup this year). The UAR is in a conundrum and at a crossroads.

When it comes to women's rugby the conservatism persists. Many clubs are just not interested in women’s rugby. This has had a knock on effect throughout the leagues and clubs in the country - which brings me to women’s XV and what could have been....

Let’s be clear. A few years ago, after the sport reintegrated to the Olympics, Argentina got rid of their women’s XV club teams, instead of persisting and creating a fully functioning XV League, and instead made all women's rugby 7s. Prior to this they played 9s, 10s, 11s, and sometimes 12s, for example a former player who told me “playing a XV game when we brought several clubs together to make two teams but it was organized between clubs as a joint practice and fun game to learn about XV's. The work really comes from the women on the team in terms of recruiting new players, etc. so to be honest it was a help to make the official change to 7s. It made it easier to form a team and I believe easier for new players to integrate into the game”. The loss of old players definitely has had an impact, but new players have embraced 7s and you do see forwards playing 7s.

This has created a big divide where men play XV's and women play 7s, a divide that should not exist.  I saw this first hand in several countries - not just Argentina - where men and women trained as separate entities and, in fact, just don’t mix together at all! Argentinan clubs are still reluctant to include female teams but in the West Rugby Union (Union de Rugby del Oeste) they are attempting to embrace it, establishing women’s team in 2013. That same year the cities of Saladillo, Gral Viamonte, Realico, Gral Villegas, Punta Alta, Gral Pico and 9th of July participated in the first regional tournament, though 7s was the format. There are no age groups due to lack of numbers, though under-18s play minimum/light contact (over 18 years of age play full contact).

Speaking to a Diego Baztarrica from 9th of July Rugby “At this stage there is no formal competition or league, however there are games”. He also told me there is a great interest in women or young ladies in playing the sport but many clubs "are reluctant or wont dare to bring women’s rugby”.

Overall, I believe that had UAR persisted with their XVs program alongside sevens there would have been a competitive league by now. The inclusion of the Olympics gave an excuse to kill the program.

In comparision Brazil is the force rising from the East. Before I start I have to make clear that during my 10 months in Latin America I did not get to Brazil but something I plan to fix on our return trip. However I found enough information in the surrounding countries to talk about it.

Rugby has been played since the late 18th century in this Country. What surprised me was the amount of spending and foreign coaches from Europe and the Southern Hemisphere, but this is understandable being the host nation for the Olympics and Football World Cup. The women’s program has come in leaps and bounds and overtaken many of the established Rugby nations in the ranking and in tournament performance.

Rugby has taken many areas by storm particularly in the south of the country mainly because of the investment primarily concentrated on 7s. Rugby XVs is a serious consideration and it has been talked about having a competition.

Brazil has played XV rugby test against the Netherlands but the format is still overshadowed by 7s. No interest as of yet has been shown in qualifying for the world cup and time will tell if they will challenge Canada and the USA for qualification.

My concern for Brazil is after the Olympics have been staged will the same level of investment and interest be kept? Can they keep the momentum for South American Games (ODESUR) in 2018?

Next Week: Women’s Only Rugby teams breaking the mould.