A rugby programme in inner-city LA is changing lives for the male and female students who are part of it. We caught up with Irish native Lisa Finegan, who helps oversee the ICEF Rugby programme which has been subject to a recent Netflix documentary. 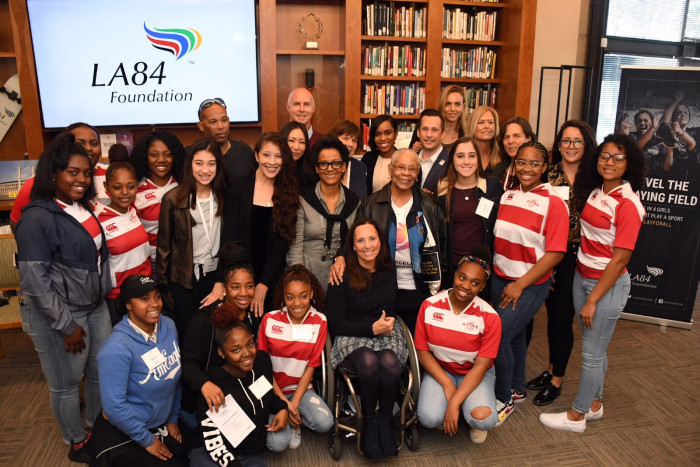 Rugby is going through a tough time in the USA at the moment, with the nation’s governing body filing for bankruptcy earlier this week.

But the game is flourishing at grassroots level, and in places you’d least expect.

Finegan, from County Meath originally, helps to oversee the rugby programme for seven schools in LA, which has become hugely high profile and successful.

She oversees the independent consortium of charter schools as their Director of PE and coaches rugby for Inner City Education Foundation (ICEF) Public Schools, where students from LA play the sport as a leadership and development programme to help them learn vital skills to go on and compete for college and university spots.

The programme has been an enormous success, supporting a demographic which is predominantly African American and where students are eligible for the federal free and reduced lunch programme, a nationally recognised measure of economic poverty.

Students who would not typically be given huge opportunities and support to develop their education beyond school, have come through the programme and  have graduated from many top universities including UCLA, Stanford University, Dartmouth University, Brown University and University of California and Berkeley. 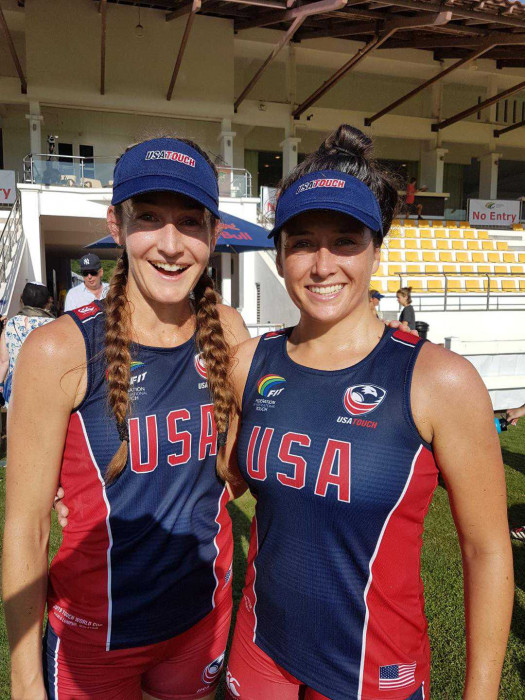 The film chronicles the ICEF Rugby programme,  including Finegan (pictured ont the right of this photo) and her players over a three-year period as they embark on journeys from South L.A. to Japan, Brazil, and Fiji. While the film includes footage of the rugby games, it also   displays how the students learned the cultures and people of the countries they visited.

The ICEF rugby programme was founded by Stuart Krohn in 2003. Krohn had graduated from the University of California, Santa Barbara as an All American rugby player and a 13 year professional rugby career in France, New Zealand, South Africa and Hong Kong.

" We had a need for a player, coach, and mentor to lead our mission to use rugby as a tool to build opportunity and character in Los Angeles’ Inner City. We interviewed a number of candidates and Lisa was a perfect fit. We named her Head Coach of our top team, the high   school girl’s and Director of Middle School Rugby to use her extraordinary abilities to run the entire Physical Education program at ICEF Public Schools - our charter federation which is comprised of seven schools. She is a vital part of our success."

Finegan says that focusing on rugby’s ability to develop leadership skills has been key.

“Rugby is an inexpensive game to play in the US and while traditional sports still are very popular, rugby really sticks out on a college application.

“The college sees that these are kids willing to take risks and step outside the box. That’s what many colleges are looking for. Plus, at many colleges, they can continue playing club rugby. We encourage kids to get to the top colleges that will prepare them for life. We’re trying to prepare kids not only to get into college, but to stay in college.”

Finegan is also hugely focused on developing women and girls through the leadership learnings that rugby can offer.

“Personally, one of the highlights of the ICEF Rugby Rugby is our eight week 5th-8th Grade High School Coaching Programme. It’s a powerful part of the academic and sporting year that provides an experience for high school student-athletes to develop key skills.

“You really see a growth in students. Annually, the eight week programme we run coincides with National Girls and Women in Sports Day. This is a national observance celebrating the extraordinary achievements of women and girls in sport. Over the last few years, we’ve hosted current and former players involved in the game along. Supporters who have visited include former USA players Phaidra Knight, Victoria Foloyan and Kris Thomas among many others. Phaidra Knight helped celebrate the day a few years ago and made an incredibly positive impact on our high school girls. It is important that our girls are exposed to African-American women who have been successful on and off the field. They act as role models.”

The game is growing around LA too, with an increase in teams playing in boys and girls high school rugby while college rugby is developing too and for the first time, the HSBC Sevens recently came to LA, offering another boost to the profile of the game.

The programme has also given students a hugely important and rare opportunity to travel the world  taking the rugby teams over the years to countries like China, Japan, New Zealand, Africa, Brazil and Fiji.

“It is so meaningful to travel with a programme like this. You see the growth of the students - having to deal with environments they have never seen or experienced”

Finegan has been juggling her work with with a successful playing career too.

She has represented the Los Angeles Royals for the past five years,and has represented the USA at the World Cup last year in Kuala Lumpur, Malaysia. "being able to continue to play at a high level over here in the states has been an absolute joy. There is no better community to be involved with".

Having worked in Ireland, London and Guernsey, LA is now home for Finegan, and with the Olympics on the horizon in 2028, rugby will continue to build its profile in the city.