The Russian Rugby Federation has announced plans to launch a domestic XVs tournament. 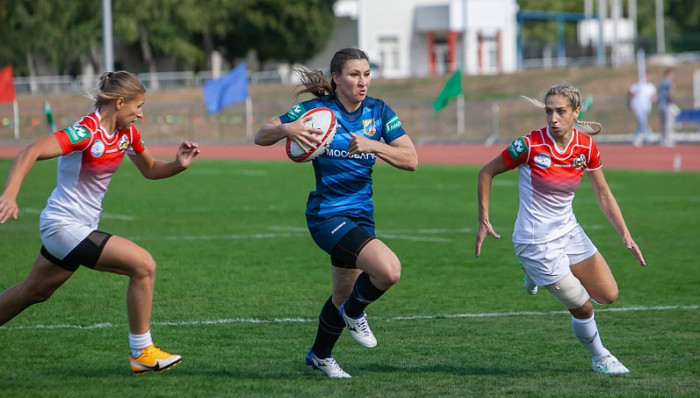 Despite their success on the field – Russia are now the eighth-ranked European test nation – they do not have a domestic XVs programme.

Women’s rugby in Russia is largely centred on six clubs who play sevens, with leading players (who are not in the national sevens programme) often needing to be being introduced to XVs at national camps.

Despite what would appear a significant disadvantage, Russia have slowly moved up in the European and world rankings, overtaking the Netherlands in 2019 and now sitting 8th in Europe and 14th in the world – just behind South Africa, Japan and Scotland.

The move to launch a women’s XVs championship is part of a 10-year strategy for rugby in Russia which aims to make rugby one of the top three team sports in country by 2031, with a target of 1.5 million players and national teams in “leading positions in all areas”.

It is an aim that they admit to be “ambitious” – and which will need to be formally ratified in September – but those behind the women’s programmes are not waiting until then.

“We need the Russian women's XVs championship this year”, says Igor Artemiev, Chairman of the Supreme Council of the Russian Federation.

“We will need to interview all clubs, get their agreement that they are ready to participate and start working by the end of May. That is when we need a decision.

“The tournament should turn out to be interesting, including for the fans, whom we are looking forward to at the stadiums."

“To implement these plans, it is necessary to help increase funding for the six leading women's sevens clubs in Russia to create XVs teams.

“Every year, in the spring and autumn, we will be aiming to hold at least two rounds of a Russian XVs Championship.

“We also will provide assistance to teams who, for financial reasons or due to a lack of players, may be unable to participate in the tournament in the first year, and will also be looking to create teams based on existing academies.

“Once the system is in place, starting 2022, our aim is also to organize as many regional competitions as we can as well as test matches in leading players."

That this announcement should come so soon after the launch of the WXV programme suggests that this cannot be a co-incidence, offering as it does something for European team outside the Six Nations to build towards.

Russia’s international success at sevens over the past decade suggests that have huge potential and could be competing strongly for a place in the expanded 2025 World Cup.