Russia throw down the gauntlet

Russia have shown why they will be a real challenge to everyone at the Sevens World Cup, comfortably winning a five nation tournament in Spain. 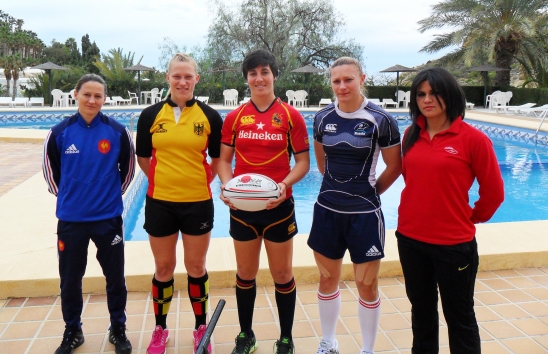 The Alicante Sevens tournament, played on Thursday in Villajoyosa, was Europe's first international sevens tournament of 2013. The tournament lineup included four World Cup finalists - hosts Spain, Russia, France and Tunisia - as well as Germany and a Russian "B" team.

In pleasant spring sunshine the entire tournament was completed in a single afternoon, and it was the Russians who lasted the course best of all, after a quiet start.

The pools at the start of the afternoon were won by France and Spain. The hosts in particular had few problems disposing of Tunisia (26-5) and Russia "B" (17-0), while France saw off the challenge of Germany (12-0) and Russia (12-5). The Russians ensured a semi-final place against Spain with a 17-7 win over Germany, but a final between Spain and France seemed the most likely outcome.

However, the Russians had other ideas, turning up the pace to demolish Europe's second-ranked sevens team 29-0, before giving France a similar rugby lesson in the final, winning 38-7.

Spain picked up third place with a 43-0 win over Russia "B", while Germany finished fifth with an impressive 31-0 win over a Tunisia and will be delighted to have done so well in the tournament as a whole against significantly higher ranked opposition.

The tournament was played at the end of Spain's latest sevens camp players in Alicante and their leading players now have to switch back to fifteens again for a camp from 27-31 March, which will prepare them for the Women's Rugby World Cup qualifier at the end of April. The constant switching between formats is proving a real challenge for Spain's small squad of international players, but is perhaps unavoidable. The next few weeks will be some of the most important in recent Spanish rugby history.

France fielded a team lacking any of their Six Nations stars and their team in Hong Kong next weekend will be significantly stronger. As a result they will be delighted to have made the final.

However it is undoubtedly Russia will be most satisfied with the outcome. Yet another excellent tournament shows that they have emerged from their winter as strong as they went into it, and are likely to be a huge threat to everyone in both the upcoming European Championship, as well as the World Cup - which they will, of course, host.