Russia unsure of future despite success

The enigmatic Pavel Baronovsky has become one of the real characters of the women’s rugby circuit with his passion on the side-lines becoming a spur for his rapidly progressing Russian side. He tells us that his future though is uncertain. 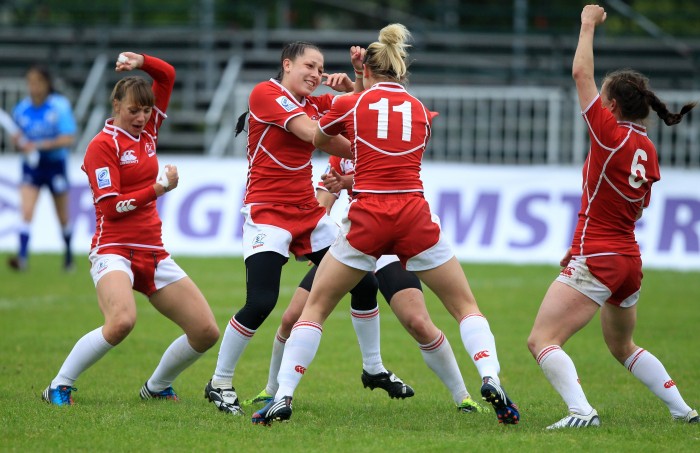 Building a competitive women's 7s side in Russia quickly has been a tough road, and Baronovsky, who secured funding last year to take the squad up to the World Cup, says he does not yet know if that funding will be continued beyond the showpiece tournament in Moscow this summer.

Baronovsky, who has previously coached the men's national 7s side, explains how he searches high and low for prospective international players, due to the very small number of clubs featuring women’s sides.

“I have around 20 girls who are playing rugby, and they are contracted, and at the moment the money we have is simply to prepare this year to prepare for the World Cup," he told us.

"If I do not get a very good result in the World Cup then funding for women’s rugby could be finished. Funding for Olympics only comes the year before the games, so it is not ideal.”

Despite the obstacles in his path, Baronovsky has done a superb job with Russia who have plenty of admirers in the game, finishing an excellent third in their last outing in Amsterdam.

After that impressive performance, Baronovsky lamented about the lack of playing numbers back home.

Funding from the Government has meant this year that Pavel has taken his team through rapid progression. The side train together in three week blocks in Moscow and then take a week off.

Despite the huge impact his team is making in a short space of time, he is unsure of his future after the World Cup.

“I do not know what will happen yet and I think it will depend on how we do at the World Cup if the Government will give us funding next year.  For me rugby is life but rugby is a very small sport in Russia. Other more well-known sports will be getting Olympic funding – sports like football, volleyball, basketball, athletics, ice hockey and so on. But all we can do is go and achieve.”

“My players have huge heart and despite our obstacles they always believe.”

One of the stars of this Russian side is Baizat Khamidova, who was picked out as a star early in her career. Watch her highlights from Amsterdam last weekend here