Russia have won the first round of the European Championship, beating Spain in the final deciding match 24-5 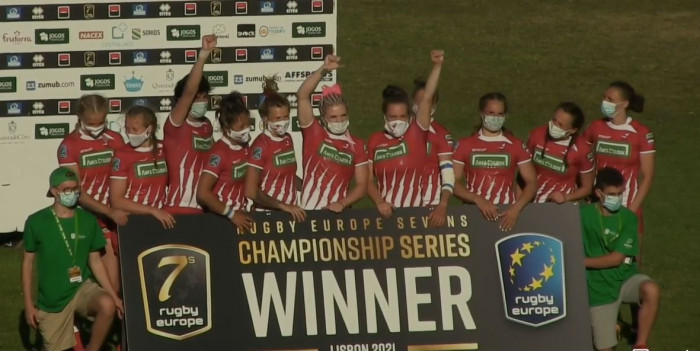 It was a comfortable tournament win and, with Russia were fielding the full-strength team they are likely to take to Monaco (and then, probably, the Olympics), not an unexpected one. Their victory over Spain was by far their closest game.

Russia reached the championship pool with some ease conceding just one try – to Wales – while scoring 176 points in their four games.

Spain also reached the last three, but their young team had to fight hard against Portugal, Scotland, Germany and Poland.

The battle to join the top two seeds went down to the wire, Belgium eventually just edging out Scotland, despite losing to them in the second series of pool games. But with the results of all games in the first two phases being combined the Scots missed out due to their surprise 15-14 defeat to hosts Portugal in their opening game.

This was a significant return to form for Belgium, who had beaten the much-fancied Poland in the opening phase.

Poland went on to finish fourth after an exciting 14-10 win against Scotland, coming back from being behind twice to win the game.

Portugal – whose place in the tournament was thanks only due to their acting as hosts after France’s withdrawal – will have been delighted with their sixth place, with a win over Wales to add to their win against Scotland.

Wales – who were also due to play in the Trophy this year before the withdrawal of five teams from the event – had a less happy competition, with just one win against Romania as they finished 8th behind Germany.